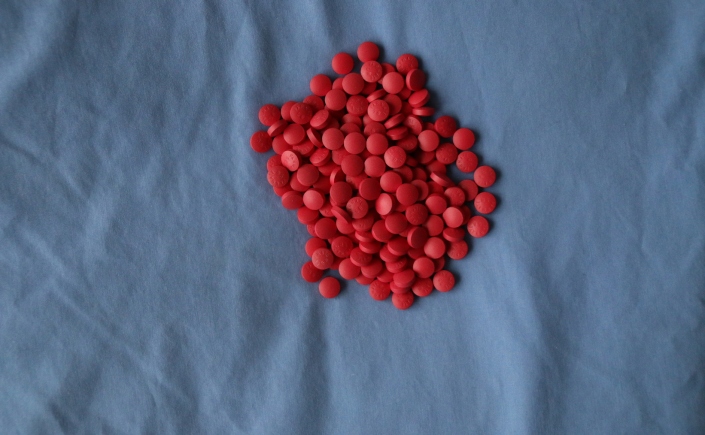 Who qualifies for help dying? Who’s allowed to help them? What happens if you refuse? How do you ensure people really want to die before you help them die?

Canadian health practitioners and policy-makers struggling to get their heads around physician-assisted death have no shortage of suggestions to choose from.

The tough part will be hammering out rules that governments, professional organizations and people in pain can feel good about between now and June, when the Supreme Court’s four-month extension expires and Canada’s prohibition on doctors helping people die becomes null and void.

In a unanimous decision last February called the Carter ruling, the Supreme Court ruled that Canadians with grievous and irremediable medical conditions who are enduring intolerable suffering have a right to die with a doctor’s help – and Canada’s criminal prohibition on assisted death violates those rights.

The Canadian Medical Association became the latest organization to release recommendations for assisted death on Thursday.

A provincial-territorial panel released its recommendations late last year; colleges of physicians from multiple provinces have drafted their own guidelines, as well.

Read some of them here:

And of course Quebec, where physicians are already helping people die, has its own law in place.

“There’s an awful lot of consensus developing amongst these reports. And they’re being informed by each other,” said Dalhousie University law professor Jocelyn Downie, one of the authors of the provincial-territorial recommendations.

“You’re seeing quite a substantial amount of agreement on the core elements.”

As Canada’s health ministers meet to discuss everything from drugs to assisted death, here are some of the key questions and issues of contention, and how they could be resolved:

Who gets help dying?

In Quebec and according to the CMA’s guidelines, the option’s only open to adults. Age of majority is a provincial issue, although presumably a national standard could put it at 18.

In the recommendations released late last year by the provincial-territorial panel, there’s no age specification — so-called “mature minors” can ask for help dying as long as they meet all the other requirements.

Assessing everyone based on their ability to make these decisions, regardless of their age, makes sense and is consistent with existing Canadian law, Downie said. For example, the Supreme Court has already ruled that teenagers can decide whether they want blood transfusions.

“Autonomy is not age-based,” she said.

“We have a Supreme Court of Canada decision saying it’s unconstitutional to have an irrebuttable presumption of incapacity based on age in a health care consent context.”

Quebec is also an outlier in its stipulation that the medical condition causing you intolerable suffering must be in its “advanced stages” — you have to be near death, although there’s no strict time frame given in the law.

The Carter ruling and most other recommendations are more inclusive: The person’s suffering must be intolerable, the condition grievous and irremediable, but there’s no stipulation that the individual be near death already.

“I think partly why [Quebec’s law] was so restrictive is they were the first out of the gate, so you’re being much more cautious, much more conservative,” she said.

Because of that, Downie predicts that subsequent laws — and Quebec’s, eventually — won’t restrict assisted death to people who are near death already.

“I think [policy-makers] should be guided by judgments about what is likely to survive a charter challenge,” she said.

“And I think terminal illness [requirement] would not survive a charter challenge.”

There’s also broad consensus, Downie said, that it would be a bad idea to define what kind of suffering makes you eligible for assisted death.

“You don’t get into listing conditions — that won’t work.”

Perhaps the most basic criterion for assessing eligibility for assisted death is that the patient be competent — capable of making and understanding a request with such irrevocable consequences.

As a rule in health care, people are presumed to be competent. There’s a low bar on purpose: you don’t need brilliant cognition to make your own health decisions.

Canada already has provisions in place for physicians to determine an individual’s mental competence. Usually it becomes an issue when someone’s being hospitalized or treated against their will. And you can have the capacity to make some decisions but not others.

The Carter ruling explicitly included psychological anguish as justification for assistance in dying. That means physicians will have to suss out whether your desire to die because of the suffering a mental illness is causing isn’t compromised by that mental illness.

“There’s certain circumstances in which it’s harder to tell whether somebody has capacity,” Downie said.

“Some mental illnesses make it trickier. … The more difficult the capacity assessment, the more expertise you need in making that assessment.”

And you’re allowed to get a second opinion. But it could be a tough case to make.

“You’re not blocked from going to another doctor,” Downie said.

“But you’re going to run out of doctors.”

When can you stop being ‘competent’?

One of the provisions of most guidelines is that the patient must always be given the opportunity to change his or her mind.

But what if you’re enduring intolerable suffering, you’ve made multiple requests for assisted suicide, you’ve been deemed competent and physicians have signed off — and at some point between final approval and death, you lose your mental capacity? Are all bets off?

What if you have a grievous and irremediable medical condition, you’re capable of making decisions but you aren’t yet experiencing intolerable suffering — are you allowed to request assisted suicide for that eventuality?

That’s something the feds will have to figure out. Downie suspects the decision will fall somewhere in between those two scenarios.

Who will help people die?

We keep using the phrase “physician-assisted death.” But there’s no compelling reason nurses couldn’t assist people in dying, too.

If Canada’s revised criminal code includes exemptions for physicians and nurses, Downie said, it could make assisted death much more accessible to people in remote parts of the country.

“That’s going to open it up in the north,” she said.

There’s still some disagreement over the process of making and assessing a request to die. But most of the guidelines want multiple requests — the CMA wants two oral and one written — and assessments two health practitioners.

They wouldn’t need to be specialists but can ask for consults — by a psychiatrist, for example, if they need help assessing capacity. But each would need training in diagnosis and prognosis, assessing competence and familiarity with end-of-life treatment options.

And whoever helps people die will need to be familiar with the lethal drugs used and the way they’re administered.

What happens when doctors don’t want to help people die?

It’s going to happen: there are plenty of physicians who feel deeply uncomfortable about assisting in someone’s death. It’s important for whatever regulations come down the pipe to respect doctors’ beliefs while preserving patients’ access to the care of their choice.

In this regard, Downie’s disappointed in the stance taken by many colleges of physicians and surgeons, whose guidelines said doctors who don’t want to be involved with an individual’s suicide can wash their hands of it entirely — “just say, ‘I object. Go away,’ or ‘I object. Here’s a phone number,’” Downie said.

“Many of the colleges, I think have taken a position that’s not in the public interest,” she said.

Even if doctors have no desire to get involved in helping someone die, Downie said, they have “a duty to transfer care” to someone who will. And that goes beyond just handing someone a phone number and shutting the door.

“I am not saying, you know, force someone to literally participate. But … you must have a transfer of care,” she said.

“The provinces can legislate on this issue. And I think they should.”

It will probably also be up to the provinces to decide when institutions such as hospitals or long-term care facilities can object to assisted suicide taking place on their grounds.

What does ‘assisted death’ mean?

That’s not as pedantic a question as it sounds: Defining what counts as assisting someone in death takes all the other health care actors — the pharmacist prescribing lethal drugs, the medical staff assisting doctors and nurses, the person changing the patient’s linen or bedpan or inserting the IV — out of the legal equation and means you don’t need special criminal code provisions for them.

“They need to say who has the exemption to the prohibition, and define ‘assistance’ so that it’s clear that a pharmacist filling a ‘scrip is not performing assisted death,” Downie said.

“That is an ancillary service related to the assisted death.”

Who will keep tabs on assisted death?

Most people agree we’ll need to measure the outcomes of the decriminalization of assisted suicide in Canada, reviewing each case individually and all of them together. Who is accessing assisted death, what are they suffering from, how are they accessing it, what are their outcomes? What barriers are they running into? How can we use that information to improve health care?

While this kind of oversight would normally fall under provincial purview, Downie argues it should be a national oversight body — one that involves provincial, territorial and federal governments.

“That way we get consistent data from across the country and we are able to also much more efficiently keep track of what’s going on, see trends and also engage in quality improvement kinds of activities.”

Despite the unanswered questions, Downie’s optimistic the feds and provinces can hash out something reasonable by June 6.

“There’s no way that you will get total agreement. [But] I think you could design a very, very sound system in the time that we have,” she said.

“Because we don’t have to reinvent the wheel: there’s a lot that has been done by a lot of people while the politicians have been doing their politics.”