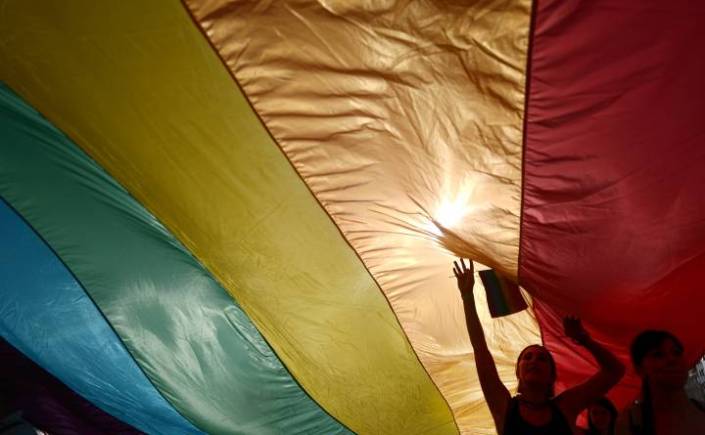 Mike Smith did everything he could to change who he was.

He went through multiple programs promising to “cure” his homosexuality, to identify what was wrong with him and make him a normal, moral person in the eyes of his church and his family.

At the urging of friends and a church psychologist he filled out workbooks, attended retreats, participated in months of counselling sessions over Skype.

“The basic premise was first identifying that you are broken and flawed and deficient or sick in some way,” he said.

“I stopped because I couldn’t deal with it any more.”

The federal Conservatives dumped Tory candidate Mississauga MP Jagdish Grewal this week in light of his homophobic comments and his suggestion that gay people could try to be “normal” through conversion therapy.

Grewal, whose name will still be on the ballot because he was dumped after the Sept. 28 deadline, wrote an editorial titled “Is it wrong for a homosexual to become a normal person?” that referred to homosexuality as “unnatural behaviour” and heterosexuals as “normal.”

But conversion or “reparation” therapy, the idea that gay, lesbian, bisexual, transgendered or queer individuals could be cured of their sexual orientation, still exists in Canada.

And a handful of faith-based groups that offer these services are registered charities with the Canada Revenue Agency, which means your tax dollars reimburse their donors.

It calls itself a “community-based, Christ-centred discipleship ministry that exists to help people find hope and live life through experiencing Jesus in their relationships, sexuality and identity.”

The program “follows an orthodox Christian understanding of sexuality, including God’s plan for sexual relations between a man and a woman within marriage,” and says about five per cent of its participants “say they have unwanted self-identified same-sex attraction.”

“I believe that we are on the cusp of some of our best days as an organization,” Executive Director Toni Dolfo-Smith wrote in the group’s 2014 annual report, which said the group ministered to more than 4,400 people that year.

“We are poised for expansion and growth, ready to add new staff, volunteers, and program offerings.”

(Global News called and emailed Journey Canada Wednesday with questions about the group’s programs. We’ll post their responses here when we get them.)

Exodus Global Alliance describes its activities in its CRA charity profile as:

It received $50,150 in receipted donations last year. Requests for comment made to its Ajax office Wednesday were not immediately returned.

In June, Ontario officially banned conversion therapy for LGBTQ children, which until recently was not only allowed but paid for by provincial health coverage.

The Canada Revenue Agency has been conducting high-profile audits of registered charities with “political” leanings.

Ending his therapy and telling his parents and friends that he wasn’t going to stop being gay wasn’t easy for Smith.

Even dating, for the first time in his life, was “an uphill battle.”

“I just didn’t know what it was like to be in a relationship.”

Currently, Smith works as a peer counsellor with advocacy group Egale Canada in Toronto. The young man who grew up in the church and spent time as a missionary isn’t sure how he feels about religion now.

“I would say I am more spiritual than religious, at this point. There are things I just cannot accept any more.”

The “reparation” programs Smith took part in weren’t all bad, he says: Their basic therapeutic premise of resilience and self-acceptance is positive.

But he says their continued existence is predicated on the expectation — by individuals, their families and cultural communities — that they can and should change.

“When these cultural groups have these expectations on people, it is worth the struggle to be part of a group, to be part of something that they believe in, [rather] than to leave that group or be ostracized from that group,” he said.

“We need to end the expectation of change. And that way we can start accepting these populations … and start celebrating the diversity that we have instead of forcing people to conform.”