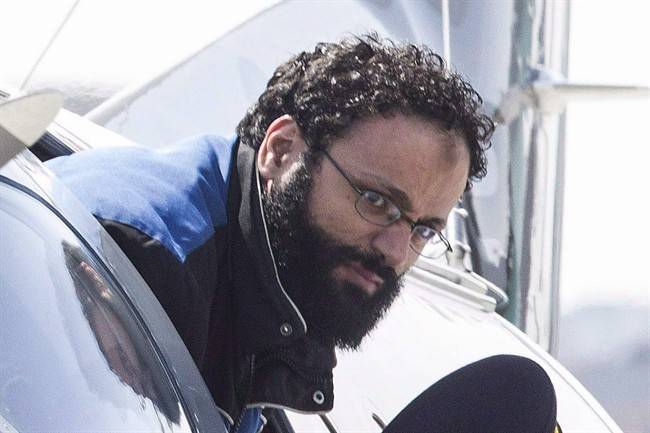 Judge Michael Code has requested a second psychiatric assessment for Chiheb Esseghaier after saying he has little faith in an assessment last week that found the Via terror case defendant “actively psychotic,” paranoid, delusional and likely schizophrenic.

Code wasn’t so sure, telling court he thinks there were multiple factual and legal errors in Ramshaw’s assessment.

Over the the course of the trial Esseghaier has communicated his contempt for “man-made” law, his intention to convert those in court to Islam prior to a pending apocalypse and an antipathy toward the number 3. Code said he’s seen no evidence Esseghaier is unfit to stand trial.

Phil Klassen, a psychiatrist chosen by the Crown, will re-assess Esseghaier within the next 30 days. If Esseghaier doesn’t cooperate — and he’s suggested he won’t — Klassen can conduct an assessment based on existing documents and evidence.

If Esseghaier is found unfit now, it’s possible he was unfit over the course of the months-long trial, during which he represented himself at his own insistence. If he was unfit to stand trial but tried (without a lawyer) anyway, it’s possible Code will be pressured to declare a mistrial.

Esseghaier and Raed Jaser are accused of plotting to blow up a Via Rail train. A jury found them guilty in a case that hinged on the testimony and wiretapped conversations of an undercover FBI agent who posed as a wealthy Egyptian-American keen to fund jihadist enterprises.

In court on Wednesday, Esseghaier made a religious soliloquy similar to those he’s given in court before. He spoke, among other things, about Jesus returning to Earth as a Muslim and reiterated that he believes it’s still 2014.

It’s not common to ask for a second opinion in fitness assessments, Ramshaw said in an interview, but “it has been done.”

“I always think it’s good to get a second assessment. I’ve always thought it’s wise and helpful,” she said.

“The more complex the situation is, the more likely a second opinion is. … It depends on so many factors.”

Concerns have been raised about this case and another terror trial under way in B.C., in which defence lawyers argued undercover agents exploited developmentally delayed drug addicts to pursue a criminal case.