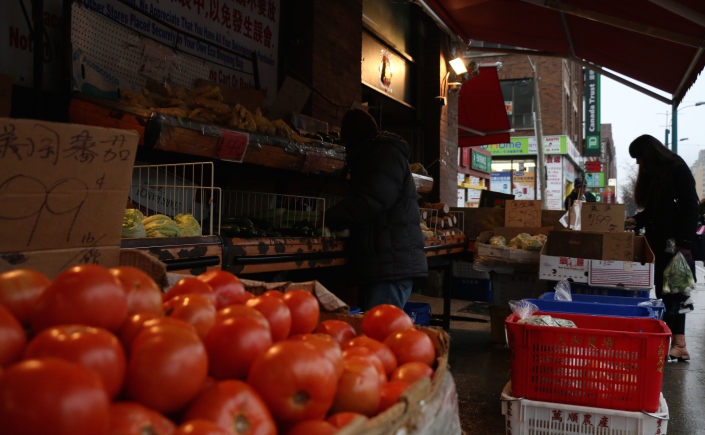 Pay the rent, or put food on the table?

It sounds like an unthinkable choice. It’s one Priscilla, a Winnipeg mom with two young kids, both under 8, faces daily.

It’s one faced by more than a million Canadian households, a Statistics Canada report revealed Wednesday.

“Most times I can’t afford all three meals for my kids,” Priscilla said. “Everything is going up except our wages.”

Priscilla has graduated from college, found full-time work in her field that she loves; her income is above the poverty line. She’s juggled multiple jobs, trying to give her kids a better childhood than her own.

But between rent and child care and the growing needs of two growing kids, just making ends meet is a stretch.

“If I attempt to eat healthy, my bills wouldn’t get paid. And most of the time I’m balancing what’s more important – a roof over our heads or the ability to eat healthy – or even eat three meals a day.”

Statistics Canada’s report on food insecurity measured the number of Canadians who can’t get the healthy food they need because they can’t afford it. A lot depends on where you live, and what your family looks like.

While about 8.3 per cent of households across the country experienced food insecurity, that figure reached its apex in Nunavut, where the stratospheric price of basic food has become almost cliché and where 36.7 people and nearly half – 48.7 per cent – of families with children lack access to basic food because of their income.

But it extended south, as well. And the country’s urban metropoles are hardly immune: 9.5 per cent of people over 12 in Toronto have trouble affording healthy food. Same goes for 10.7 of Montrealers, 11.8 per cent of Haligonians, 6.7 per cent of Vancouverites and 8.8 per cent of Edmontonians.

The number of Canadians who can’t afford to feed their families may come as a shock to residents of one of the richest countries on earth.

“We have a very serious public policy problem on our hands. We’re got way too many Canadians struggling to put food on the table,” said Val Tarasuk, a professor from the University of Toronto’s Department of Nutritional Science.

The problem is worst for single-parent families: In Saskatchewan, nearly a third (32.5 per cent) have trouble feeding themselves and their kids healthy food. In Manitoba, Ontario and British Columbia that’s true for almost one quarter of single-parent households. In Alberta, the figure gets as high as 28.7 per cent.

And stats suggest many parents go without so that their kids get enough to eat.

Ensuring Michael and Tannis have lunch items for school or daycare eats into Priscilla’s budget for her own food.

“I often will feel guilty if I had a good meal somewhere and they didn’t,” she says.

The chronic malnutrition — lack of food, lack of good food — takes its toll in multiple social and economic arenas. Health care may be one of the most obvious.

“These conditions are absolutely toxic to health,” Tarasuk said.

Unhealthy diets have been tied to such chronic illnesses as diabetes and cardiovascular disease, both of which loom large in health expenses.

And Tarasuk argues causation goes both ways: In addition to making you sick, lack of access to good food makes existing maladies worse.

Food bank use has remained high long after the recession’s worst economic ravages were supposed to be over. And many of their users are working; many are highly educated. But they still can’t afford to feed themselves and their families.

Ontario food banks, which said late last year they’ve seen a 20 per cent spike in new users, are also seeing more of their clients become regulars: Food banks in the Toronto region, often a place of last resort associated with the shame of poverty, are for many no longer a temporary solution.

READ MORE: 5 common myths about food bank use in Canada

In many cases, “food deserts” in lower-income areas put affordable grocery stories out of reach. And sure, McDonald’s isn’t an ideal choice for your health or your wallet – but buying ingredients in bulk so you can cook from scratch is only possible if you can afford to make those grocery store purchases to begin with, and you have the time to cook.

“I personally think we should have community gardens. Community anything, for that matter.”

Food security experts from across the country gathered to discuss the issue. It’s too serious, and too unaddressed, not to, said Diana Bronson, head of Food Secure Canada.

“It’s outrageous that 4 million Canadians are living in some form of food insecurity. So we brought together the top researchers in the country, executive directors from community food organizations, food banks, to figure out a strategy for how we’re going to get politicians to pay attention. …

“We want to hear politicians tell us what they’re going to do about it.”

The issue of Canadians going hungry is one you rarely hear in Question Period in Ottawa or in provincial or local levels of government.

Why’s it so hard to get this on the political agenda?

“Historically, the way we’ve done with hunger and food insecurity in our country is through our social safety net. …