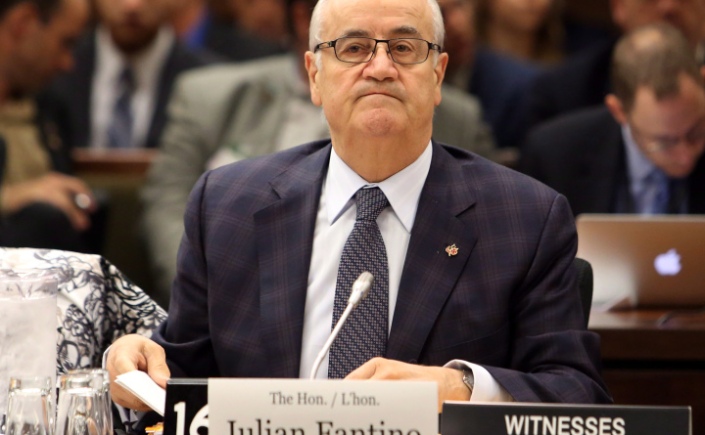 The federal government is promising counselling for veterans’ families and smoother transitions between military and civilian life in response to recommendations on how to better serve those who’ve served the country and suffered often crippling disabilities in the process – but says it needs to give more thought to proposals that would improve benefits for those with the worst disabilities and ensure equal treatment for hurt reservists.

The recommendations, tabled in June, address criticisms that soldiers with service-related disabilities are being released from the military without the support they need to get well or make lives for themselves in the civilian world.

Those with psychiatric wounds, especially, often face the agonizing choice between seeking help or retaining the benefits they lose by coming forward and being deemed “unfit to serve.”

READ MORE: Why make soldiers choose between their pensions and their mental health?

The 15-page response, tabled in the House of Commons Wednesday afternoon, says “the government agrees that more can and must be done to enhance service delivery to ensure that injured veterans and their families are supported.”

But while Ottawa “agrees with the spirit and intent of the vast majority” of the recommendations, some of the suggestions involve complicated programming changes the document says. So it’s addressing them using a “phased approach,” starting with things that can be done within existing budgets. Everything else “will be considered in a second phase.”

Critics have castigated Ottawa for abandoning soldiers returning home with severe psychic wounds. A Global News investigation found many feel abandoned or lost in a sea of red tape when they try to get help. Many more never seek it out, or delay admitting they have a problem – with sometimes tragic results. A spate of soldier suicides over the past year has thrust the issue into the public eye.

The federal government, for its part, says it provides help for everyone eligible, and does all it can to ensure soldiers and veterans receive the treatment and rehabilitation they need.

But these changes do little to quell accusations that the Conservative government is neglecting veterans in need.

“We were promised that substantial efforts wouldbe made as a consequence of this review,” says Michael Blais, head of Canadian Veterans Advocacy. “Right now, we’re not seeing anything: They’re referring to another study, another review.”

“For them to now say that we have to have further consultation and further discussion with veterans groups and the ombudsman, really is just a delay tactic. That’s all it is,” he said.

In an emailed statement Liberal critic Frank Valeriote expressed cautious optimism at the government’s commitment to fix problems with the Veterans Charter.

“But we remain wary at the sense that with the separate ‘phases,’ they will kick some of the recommendations further down the road,” he wrote.

“The committee recognized how urgent the need for action was when it issued the report, the least the government could do is give veterans an idea of how much longer they’ll be waiting for changes.”

Blais is similarly “frustrated” at what he sees as a stalling tactic, he said.

“We were expecting, particularly on the issue of [equal benefits for] reservists, a more definitive posture – particularly considering the travails many vets have been facing of late. There have been suicides.”