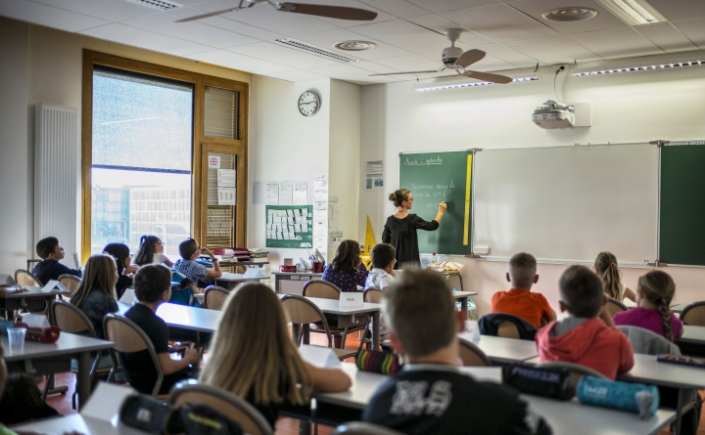 Kim Martyn has a question she asks parents who may be leery of their kids getting sex education at school.

Her point is clear: Kids are bombarded with mass media interpretations of sex and  gender even before tiny fingers learn to swipe web-connected touchscreens.

But kids in Ontario schools are being taught a curriculum that hasn’t changed since the age of the discman.

Gender’s first mention is in Grade 12; sexual orientation isn’t in there at all.

Many Ontario teachers are using material from other provinces such as Alberta, she said, because theirs is inadequate.

The last time Ontario tried to update its sex ed, in 2010, it abandoned the plan in the face of pressure from conservative and religious groups. Lost in that same confrontation was any update to Ontario’s high school health curriculum – physical, social, mental health, substance abuse included.

“All of this debate has essentially held up all of these health-related topic areas in secondary,” , says Chris Markham, head of the Ontario Physical and Health Education Association.

“And that’s a really big issue.”

The idea of widespread parental opposition to sex ed is a myth, he adds.

An Environics poll the advocacy group commissioned last year showed the vast majority of parents support sex as part of a school’s overall health education. And most would much rather have their kids learn this from teachers than Facebook.

“Parents get that sexual health education is important, that schools have a role to play,” he said.

GALLERY: Click through to explore parental opinions on sex ed:

‘A well-informed child is less likely to be sexually abused’

Talking to kids about sex is awkward.

But what young people don’t know can hurt them: Worrisome jumps in sexually transmitted diseases (a 9.3 per cent rise in chalymdia rates among young people in 2012 compared to the previous five-year average, for example), and concerns about adolescents’ need for better resources on healthy relationships, prompted Toronto to take matters into its own hands.

Last year the city’s public health body developed a campaign of its own – called “I can relate” – that it takes into classrooms.

“Once they hear what we’re teaching and why we’re teaching it, if they know that a well-informed child is less likely to be sexually abused, there are very few parents who won’t reconsider that.”

‘Every year you’re waiting, you have another cohort of kids being educated on a curriculum from the 20th century’

Across Canada, designers of sex education curricula struggle to keep pace with the changing media environment in which young people are immersed.

But there’s ample evidence indicating more information – clearly explained, from someone students trust – is much better than less.

And the questions Martyn gets from young people are telling: They want help navigating relationships – platonic and otherwise. Students getting the HPV vaccine want more information on how it works and why they’re getting it.

But even the language and teaching materials need an update, Martyn says – when teachers suggest approaching a doctor with questions, for example, the doctor shouldn’t always be a “he.”

And touchier issues around gender and sexual orientation – which get no mention in Ontario’s current curriculum – should be tackled early and openly, she said.

“Even in grades, say, three and four, when we’re talking about what’s a boy and what’s a girl, [educators should] be mindful around how is it that you’re defining a boy and a girl,” she said.

“How would two ladies or two men make a baby? It’s a super-common question. How do you answer it so that children who are sitting in the classroom or have friends or relatives who do have same-gender parents feel visible feel part of the discussion. …

“The main thing is legitimizing that … yes, there are all different kinds of families, and isn’t that great?”

What infuriates Ophea’s Markham is that as the sex ed debate becomes politicized, students are the ones that lose out.

“Every year you’re waiting, you have another cohort of kids being educated on a curriculum from the 20th century. And that’s not fair to them, at all.”

YOUR STORIES: We asked, you answered. Here’s your take on sex ed