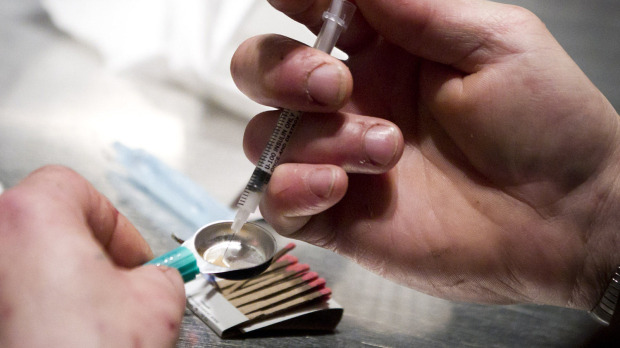 TORONTO — The battle over whether to give addicts a safe place to inject has moved to Ontario from the West Coast.

When the Supreme Court of Canada handed Vancouver’s supervised injection site a legal victory late last year by denying the federal government’s attempt to shutter it, many observers expected the ruling to give rise to similar sites across Canada.

On Wednesday, local police and lawmakers rejected a newly released study calling on Toronto and Ottawa to establish supervised injection sites of their own, modelled after Vancouver’s InSite. The paper, originally requested by Toronto in 2005, recommended that Toronto establish three sites and Ottawa two. The sites would be worth the investment, the authors said, if they only reduced infection and didn’t prevent overdose deaths.

“Experts continue to be divided on the value of the sites,” Health Minister Deb Matthews said in a statement issued about an hour after the report’s release. “We have no plans to pursue supervised sites at this time.”

Police in Toronto and Ottawa have been unequivocally opposed to setting up supervised injection sites. This study “doesn’t give us any new information, and doesn’t change our position,” said Ottawa Police Chief Charles Bordeleau. “In their current form, we’re not supportive of supervised injection sites. … Addicts, in many cases, commit crimes to get their drugs. And the drugs remain illegal.”

Chief Bordeleau said he’d support a model, similar to one tested in Vancouver, in which closely supervised addicts are given medical-grade heroin as part of a tapering program.

The unenthused reactions take the wind out of the sails of public-health officials, many of whom have been advocating at least a pilot project for years. Ottawa has one of the highest rates of new HIV and hepatitis infections among injecting-drug users in Canada, and there aren’t sufficient resources for them to inject safely.

“It’s still hard to get a clean needle in Ottawa,” said Mark Tyndall, head of infectious diseases at the Ottawa Hospital. “There’s a great need for it. … This really needs to be positioned as a health facility. All the fear-mongering that people bring to these, there’s no evidence for that.”

Ahmed Bayoumi, a researcher at St. Michael’s Hospital’s Centre for Research on Inner City Health, conducted the study with Carol Strike, a researcher with the University of Toronto’s Dalla Lana School of Public Health. He said police were so adamantly opposed to the suggestion they refused to walk through hypothetical models of how such a site might work.

Toronto Police Chief Bill Blair’s view that these sites will threaten public safety “comes from personal experience and from discussion with senior police leaders from around the world,” said police spokesman Mark Pugash.

“This is not something he can support.”

The Vancouver Police Department’s experience has been different. “There have been several external examinations done and the presence of the safe injection site has not been found to increase crime or disorder,” Vancouver Police Constable Lindsey Houghton said in an e-mail. “The VPD is in favour of any legal measure that might have a chance at reducing the drug problem in the [Downtown Eastside].”

Toronto Public Health, which has suggested for years the city and province look into such sites, said in a statement it supports them “as an effective intervention in some circumstances in Canada. The question remains, is it appropriate for Toronto and is the evidence transferable?”

The hesitation from politicians and police chiefs doesn’t surprise Perry Kendall, the B.C. chief medical officer of health who’s been a vocal supporter of InSite.

“Politicians tend to be reluctant to be at the pointed end of things like this. … The less exposed [police] were to it, the more concerns they raised,” he said. In Vancouver’s case, he added, the Downtown Eastside’s gritty visibility pressured policy-makers to act quickly. Without a concentrated nucleus of drug use, the issue can be easier to ignore.

“This isn’t a constituency that tends to vote,” Dr. Kendall said. “But their parents do, and their relatives do. So having a constituency who are middle class and vocal really helps, in addition to having health-care providers onside.”

With reports from Karen Howlett and Elizabeth Church in Toronto

View this document on Scribd