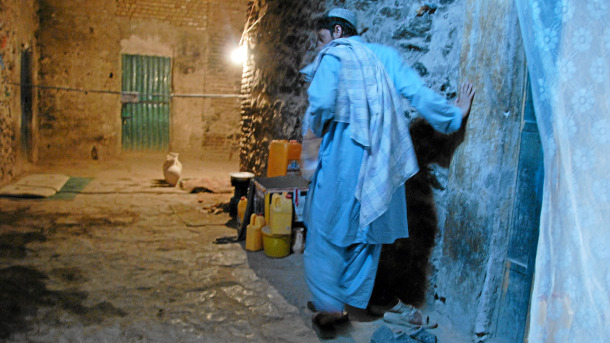 Photo by Graeme Smith/Globe and Mail

If there is to be a large-scale international move to boost Afghan security, following a subterranean Taliban-assisted escape from Sarpoza prison early Monday morning, it is not likely to come from Canada. That will probably fall to U.S. forces coming to pick up the pieces in Kandahar province.

Some note this week’s escape highlights the questionable legacy of Canada’s efforts in Kandahar just as troops prepare to hand over responsibility.

But Canadians who’ve worked near Sarpoza argue the audacious getaway also indicates just how Sisyphean a task it is to foster even a fragile sense of security in this volatile Afghan province.

“Obviously we’re disappointed with this particular failure there,” Conservative leader Stephen Harper said during a campaign stop in Quebec’s Eastern Townships Tuesday. “But, you know, this is a long learning experience, and we’ll continue to plug away and continue to work with Afghan authorities to make progress on these issues.”

The stunning escape was merely the latest in a string of indications of just how ineffectual the Afghan government has become, said Nipa Banerjee, a University of Ottawa professor who is in Kabul advising on development issues.

“With the surge of NATO forces, there was a sense of better security. But that has completely gone,” she said. “We haven’t made that much of a difference. … We haven’t been able to bring security.”

“It’s almost incomprehensible,” said Mike Capstick, a former Canadian colonel now working with a non-governmental organization in Kandahar. “Clearly the people in the prison were not doing their job – either inadvertently or on purpose.”

Sarpoza was just starting to show up on Canadians’ radar when Col. Capstick was in Kandahar in 2005 and 2006. He remembers Corrections Canada representatives touring the site “to check things out as to what we can contribute.

“The prison has always been a concern in terms of the bigger question: What do you do with the detainees?”

But it wasn’t until the issue of detainees transferred by Canadians and subsequently tortured by Afghan police came to the fore in Canada that reforming the prison system became a priority.

A brazen 2008 jailbreak, in which insurgents blew the gate off Sarpoza and freed more than 1,200 prisoners, was an opportunity to revamp the prison system, said one Canadian who had worked in Kandahar at the time but asked not to be named because he wasn’t cleared to discuss the mission. He’s hesitant to call the time and money spent on that effort a waste, although he admitted it’s difficult to contest the discouraging evidence this week.

By late Tuesday, the Kandahar government said it had apprehended 65 of the approximately 475 escapees.

“Indictment’s too harsh a word” to describe the effect that Monday’s audacious jailbreak has on Canada’s Kandahar legacy, Mr. Capstick said.

“The reality is these are Afghan citizens committing criminal acts on Afghan territory.”

At the same time, he argued, the prison break should give NATO and ISAF forces pause in their preparations to pull out or scale back.

“This should be their reality check,” he said. “If they don’t sit down after this and say, ‘What are we doing wrong? Let’s be honest,’ then, I hate to say, we’ve lost it.”

With a report from Steven Chase