Darlington Nuclear Plant's is designed to suck any radioactive steam that could be released. to date, this has not been needed. Photos taken April6 2011 during a media tour of the Ontario Power Generation's Darlington Nuclear facility near Oshawa, Ont.
(Photo by Fred Lum/The Globe and Mail)

Anna Mehler Paperny – Globe and Mail
Thursday, April 07, 2011
The disaster in Japan is forcing this country to re-evaluate the way in which it pursues – and safeguards – nuclear power

The rectangular concrete bay tasked with containing 150,000 bundles of spent uranium looks like a swimming pool, with a temperature – 30 C – to match.

But the tranquil-looking body of demineralized water at Ontario’s Darlington nuclear generator belies the painstaking, energy-intensive effort to keep it cool.

By then, radiation in the water, air and soil around Fukushima’s crippled reactors was thousands of times the legal limit, leaving the rest of the world to confront questions about nuclear safety that most hadn’t in decades.

Canada is still grappling with its hunger for power and the aging systems that fuel it: A report released Thursday found Canada’s grid needs a $293-billion infusion over the next 15 years. To that end, Ontario Power Generation wants to build a pair of new reactors on the eastern side of its Darlington site, about 60 kilometres east of Toronto.

Hearings on the proposal – which asks for approval for “up to four” reactors, for a total of 4,800 megawatts of electricity – wrap up Friday. Critics of nuclear power have pointed to Japan’s crisis as a cautionary sign Canada should proceed more cautiously in its own nuclear ambitions.

While Canada’s oceans and food supply haven’t been tainted by radiation in significant enough amounts to threaten the public, Fukushima’s ripple effects are forcing the country to re-evaluate the way it pursues and safeguards nuclear power. 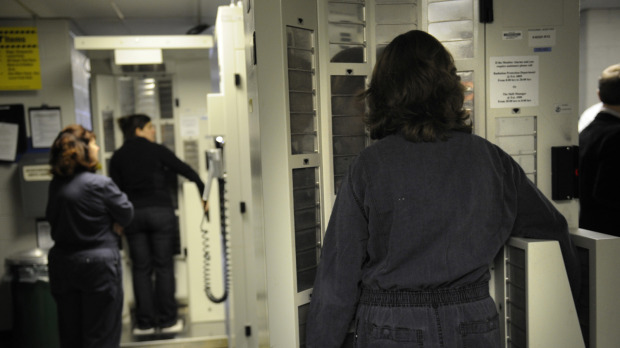 The seawater won’t harm you. But unnecessary iodine may.

“You have to eat a million kilograms of seaweed to get the dose which is equivalent to the dose of a cancer treatment,” said Simon Fraser University chemist Krzysztof Starosta. “And it has to be dried. You will die of dehydration rather than radiation poisoning.”

As talk turned to a “radiation plume” in the days following the tsunami, British Columbians raided drugstore shelves for potassium iodide tablets.

They needn’t have. Health Canada and independent researchers found amounts of the radioactive isotope iodine-131 in West Coast rainwater and seaweed and Washington milk to be harmless.

Natural Resources Canada, which intensified its radiation testing after March 11, scaled it back after March 25 “due to the low levels of radiation being detected.” Health Canada is now updating its continuous data collection thrice weekly.

A greater concern, said Perry Kendall, B.C.’s chief medical officer of health, is people taking the potassium iodide tablets, which generally retail between $10 and $16 a bottle, as a precautionary measure. They’d be useless – but they could also do serious damage to thyroid development, especially to women who are pregnant or breastfeeding.

Fukushima’s global impact has lead some to argue nuclear regulations should be a global, rather than national, concern.

“An implication I see arising from the Japanese nuclear crisis is continued evolution in the direction of internationalized safety standards,” said energy analyst Tom Adams.

In Canada, it’s now the purview of the Canadian Nuclear Safety Commission. Created in 2000 to replace the post-Second World War Atomic Energy Control Board, the commission’s seven-person panel and 600 employees are in charge of licensing nuclear plants and enforcing safety and performance regulations.

The commission has an officer stationed full-time at every nuclear plant in the country, and is meant to be an independent agency under the Natural Resources Minister. The commission couldn’t immediately answer when asked whether Canada’s rules need better enforcement.

South of the border, a report this month from the Union of Concerned Scientists suggests that’s the case: A report by scientist David Lochbaum found the U.S.’s nuclear regulator had failed to act on multiple safety threats on U.S. plants. The rules existed, Mr. Lochbaum found, but those in charge weren’t enforcing them.

Former CNSC president Linda Keen, who was fired in January, 2008 amid furor over a shutdown at Chalk River’s isotope-producing reactor, said this week there’s “no doubt” Canada’s existing nuclear laws are sufficient.

“I think [regulators] were just sanguine. I think they were complacent. And I think they thought that everything was in place,” she said. “Hopefully they’ll learn from it and do a better job next time.” 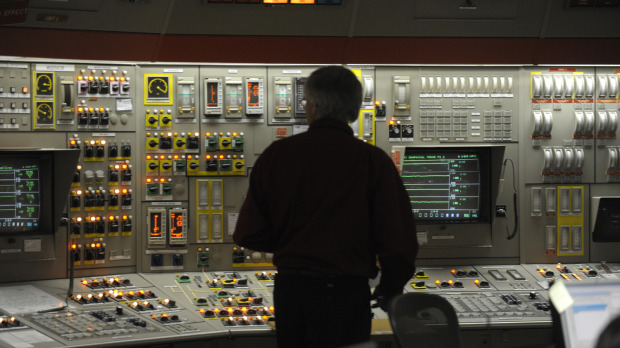 Operators in Canada argue that the scale of Japan’s massive quake and devastating tsunami is unlikely on our own shores. But fears have arisen from the Japanese crisis and may force operators to prepare for extreme forms of devastation.

Twenty-five-year-old Darlington is built to withstand a 7.0-magnitude quake, for example, but a 9.0 quake on a Fukushima scale could do serious damage.

In case of an emergency, Darlington’s double-shutdown system is designed to ensure the entire plant shuts down within seconds. But it would still need power to keep fuel rods from overheating, as is happening at Fukushima.

If Darlington’s main power supply is cut off, it has standby, emergency and auxiliary generators. The emergency generators can last for seven days before running out of fuel. Whether that’s enough depends on how big a disaster they’re preparing for.

Ten days after the earthquake and tsunami, the Canadian Nuclear Safety Commission asked all operators to review those emergency procedures. Operators will submit their reviews this month; the nuclear safety commission is still drafting terms of reference for the kinds of recommendations that will come of its evaluation.

Operators won’t say revamped emergency plans could prepare for more extreme contingencies: What if more emergency power is needed? What if a natural disaster causes more structural damage than expected? What if backup plans fail?

In the event of an emergency, it’s up to provinces to plan for the communities surrounding nuclear plants. In Ontario’s case, the procedure includes informing the public through sirens and auto-dialling of residential land lines, as well as provisions for setting up mobile radiation detection stations. The sirens were declared operational in January.

But Ontario’s plan assumes an evacuation radius of 10 kilometres. In Fukushima’s case, residents living 20 kilometres away were evacuated. International observers argued unsafe radiation levels had penetrated almost twice that radius, and the country is considering increasing the distance.

For Canada’s busiest highway, the outcome may be anarchic. “You know how bad the 401 gets,” Ms. Keen said, referring to the crowded east-west highway. “Can you imagine if you tried to evacuate the whole Pickering area like they did in Fukushima, 20 or 30 kilometres, what that would look like?”

It may not change much, but if it does, it’ll be pricey.

For many, the obvious question arising from Fukushima’s aftermath is whether the reactors being used and designed in Canada have enough precautions built in. If Canada opts for higher-tech, super-safe plants, or if it replaces old ones sooner, it will make an already capital-intensive industry more expensive.

Canadian operators stress the differences between the Japanese reactors and their own. Made-in-Canada CANDU reactors come equipped with steel-and-cement cylindrical structures maintained during normal operations as a vacuum. In an emergency, they provide an emergency outlet and controlled filter for radioactive gases.

“But these are not crucial points in regard to the potential for releasing radioactive material,” said Gordon Thompson, executive director of Cambridge, Mass.-based Institute for Security and Resource Studies. “That potential derives from a couple of things that are in common between the Canadian and the Japanese plants.”

In both cases, the reactor’s fuel needs to be kept cool. Fukushima’s fuel rods started to spew radiation when power failed and cooling stopped. If emergency power failed or emergency fuel ran out, the same could happen at a CANDU plant.

Both types of reactors surround their fuel pallets with zirconium metal. When intensely hot, it interacts with steam to create a buildup of hydrogen gas like the one that caused Fukushima’s explosion in early March.

The wider criticism is that Canada’s reactors, like Fukushima’s, are old and therefore more vulnerable: Quebec’s Gentilly, due for a $2-billion refurbishment, and New Brunswick’s Point Lepreau, whose license the nuclear safety commission renewed this week, are both 28. Revamped rules may mean stricter regulations on a plant’s lifespan.

“These old reactors have both a combination of many years of wear and tear, plus the older safety designs,” Mr. Adams said. “There is going to be a level of scrutiny on old reactors that has been unprecedented.” 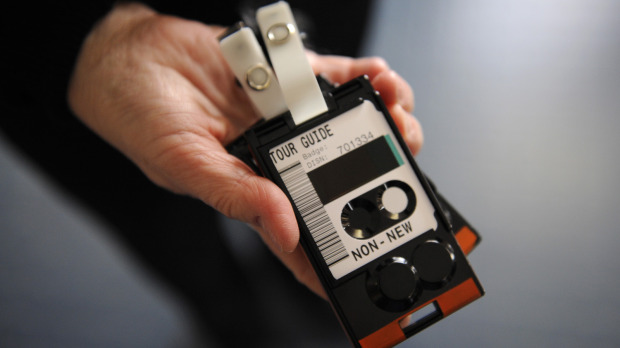 The destruction at Fukushima has renewed the volatile battle between nuclear energy’s champions and foes.

Anti-nuclear activists seized on those images to argue nuclear power had never been as safe as it was touted to be: Lake Ontario Waterkeeper, one of the opponents to Darlington’s new build, insists Japan’s crisis indicates a complacence they think is mirrored in Canada.

The nuclear industry is mounting an aggressive defence: In both Canada and the United States, companies bought ads and airtime and published consecutive press releases touting their technology’s safety. The company that operates Indian Point nuclear plant about 60 kilometres from New York City bought ads in several area newspapers last month emphasizing that “this facility is safe – designed with a margin of safety beyond the strongest earthquake anticipated in the region.”

“Nuclear is safe. We have a very safe industry. But we can’t be complacent,” said Wayne Robbins, Ontario Power Generation’s chief nuclear officer.“[Three Mile Island] taught us procedures and training; we’re going to learn the same kinds of things from Fukushima.”

Mr. Robbins said he doesn’t know what those “lessons learned” might be, although he said they’d want “to see how we would respond to certain events: Are our procedures good enough? Our backup power supplies, are they good enough?”

One of the biggest hurdles facing operators post-Fukushima is public perception, Mr. Adams said. “The nuke guys have a lot of credibility issues at this point.”

But by focusing on the positive aspects of nuclear power, argued Mr. Thompson, government and industry players risk ignoring potential liabilities (even wildly unlikely ones) they should prepare for.

“If the industry and the regulators are constantly saying before the event, ‘Don’t worry, don’t worry, don’t worry, everything’s under control, nothing can possibly go wrong,’ the trouble is, if they believe it and if their staff believes it, then emergency response typically is thought of as a low-order priority.”