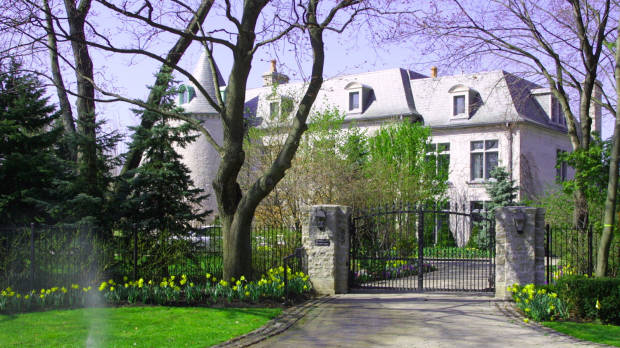 Growing up the northwest end of Toronto, Irma Baldanza aspired to live in a place like Lawrence Park.

“I remember driving through areas like Forest Hill and Lawrence Park, where my Dad would point out and say, ‘Look at these beautiful houses,’ that sort of thing,” she said. “Once I got married and we started thinking about owning a home, this is one of the areas we looked at.”

The couple started out with a relatively affordable house on Yonge Street and Blythwood Road in the mid-1980s, moving in 1990 to a red-brick Georgian house they could add on to over the next several years, accommodating a growing family. In the past two decades, Ms. Baldanza has seen the treed neighbourhood become increasingly attractive for wealthy families – and, more recently, developers and investors – drawn to the larger lots and green spaces.

In a city where property is increasingly at a premium, the rarity of a neighbourhood of large lots just blocks away from a major transit artery makes for dramatically increasing property values. It helps to have good schools – both public and private – and engaged residents eager to pitch in for fundraising and beautifying initiatives.

Local real-estate agent Cheri McCann said a new house that would have sold for $2.4-million eight years ago is now going for nearly twice that. Even 10-year-old houses are selling for as much as $3.5-million.

This prized slice of city just southwest of Lawrence and Bayview avenues is the area of Toronto where average individual income has grown the most – relative to the city’s average – in the past 35 years, according to a report that came out last week from the U of T’s Cities Centre. That report found the city is being increasingly polarized between rich and poor neighbourhoods.

“The entry level at Lawrence Park is getting higher and higher,” Ms. Baldanza said. “I wonder where it’s going to end. Obviously, people are going to be buying these homes, so I don’t know if there’s just a lot of wealthy people out there.”

It’s harder for Ms. Baldanza to judge the tone of the neighbourhood now that her grown children aren’t at school nearby. But as a member of the Lawrence Park Ratepayers Association she’s familiar with the pride residents take in preserving the local green space, ensuring trees are planted to replace the aging canopy that lends the area its name.

“It’s a source of pride for our neighbourhood, and we like to keep it clean. … I think that all contributes to the attractiveness of the neighbourhood.”

Councillor Jaye Robinson, who defeated incumbent councillor Cliff Jenkins in October’s election, views the shift to super wealthy as a cause for concern.

“There has been this trend – an unfortunate trend, because it is affecting the character of the neighbourhood,” she said. “The price point of homes in Lawrence Park is going up because of these bigger houses.”

From Ms. Robinson’s perspective, it’s indicative of a need for development that “shifts the decision-making power back to residents.”

While the city’s added pockets of wealth are an economic boon, pricing out all but the highest bidders for in-demand areas can help drive income polarization in neighbourhoods across the city.

“You get this kind of cascading effect of giving even a small group of people a windfall of growing disposable income,” said Armine Yalnizyan, a senior economist with the Canadian Centre for Policy Alternatives.

It’s an inevitable result of basic supply and demand. But in situations of unequal income growth, the polarizations created by pricing people out of the real estate market are sharper.

“One of the challenges is that we are ending up with a city where you don’t have people of different income levels living together and that has an impact in a number of ways,” said John Campey, executive director of Toronto’s Community Social Planning Council. It can mean sharply divergent access to services – even public ones such as schools, where parental fundraising in affluent neighbourhoods can make a huge difference in the quality of programming.

This is one reason why discussions around income disparities keep coming back to transit: That’s what helps make affluent neighbourhoods desirable, and that’s what policy makers keep hoping will aid areas of the city that risk becoming no-go zones because there’s nowhere to go (or no way to get there).

Then there are downtown wards that have gone from low-income inner-city neighbourhoods in 1970 to highly prized areas of nightclubs and trendy condos. In Trinity-Spadina councillor Adam Vaughan’s mind, that gentrification has positive potential if the city leverages it properly. In a market hungry for condo development, he’s made a point of trading extra density for a floor or two of rental, below-market or supported-living units. And he’d like to see that become the norm.

Relative to the Toronto CMA

25 Census tracts that increased the most in average individual income, 1970-2005

25 Census tracts that decreased the most in average individual income, 1970-2005

Rankings based on 514 Census tracts, Census 2001 boundaries, *2005, all private households

THE GLOBE AND MAIL