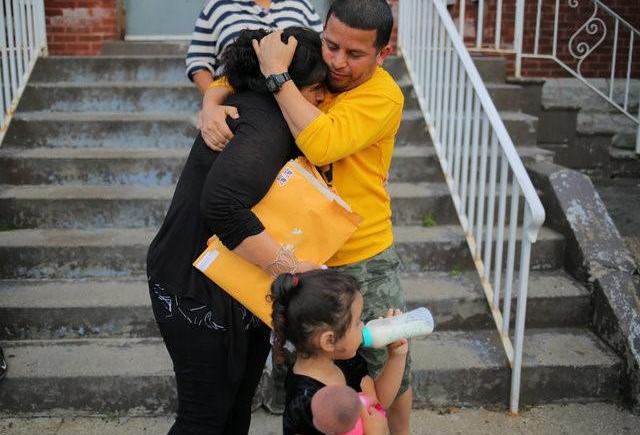 Canada is sending a Spanish-speaking lawmaker to California to dissuade potential migrants from illegally crossing the border following Washington’s decision to end the temporary protected status of some 200,000 Salvadorans.

The trip was planned in anticipation of Monday’s decision by U.S. President Donald Trump and is part of a Canadian government attempt to prevent an influx of border-crossers like the one that occurred last year after the United States said it would end the temporary protected status granted to some 50,000 Haitians following a devastating earthquake in the Caribbean nation in 2010.

Many Haitians sought asylum in Canada based on expectations that they would easily be granted refugee status, the government said, leading lawmakers to reach out to diaspora communities to dispel such misinformation.

Like the Haitians, roughly 200,000 Salvadorans already living in the United States were granted protected status in 2001 following a major earthquake in El Salvador. The U.S. Department of Homeland Security on Monday said the protected status would end in September 2019.

The Canadian government is “prepared” for a possible influx of border-crossing asylum seekers, but does not expect one, said Hursh Jaswal, spokesman for Immigration and Refugee Minister Ahmed Hussen.

The ministry is sending Member of Parliament Pablo Rodriguez to California next week to talk to government officials and immigration groups about how Canada’s immigration and refugee system works, Jaswal said.

Rodriguez is at least the third official whom Canada has sent to the United States in recent months to dispel misinformation about winning asylum. Most recently, the immigration minister himself went to Minneapolis, which is home to the largest Somali population in the United States.

More than 18,000 asylum seekers illegally crossed the U.S. border into Canada last year to file refugee claims, almost 17,000 of whom went to the primarily French-speaking province of Quebec.

Asylum seekers cross illegally because under a U.S.-Canada agreement they will be turned back if they try to file refugee claims at formal land border crossings, because asylum seekers must file claims in the first country where they land, unless they meet certain exemptions.

Refugee status requires a claimant to convince decision-makers of a well-founded fear of persecution in his or her country of origin.

Angela Ventura, a representative of a Salvadoran-Canadian association in Windsor, Ontario, said she expects Salvadorans in the United States to move north following Monday’s announcement.

Many of them have reasonable grounds for claiming refugee status in Canada, said Toronto refugee lawyer Raoul Boulakia. “The situation in El Salvador is extremely dangerous,” he said.

Canada treats some claims for asylum differently than does the United States.

More than 500 Salvadorans claimed refugee status in Canada in the first nine months of last year – more than double the total for 2016 and more than any year since at least 2013, according to Immigration and Refugee Board statistics. About two-thirds of the claimants whose cases were finalized were granted refugee status.