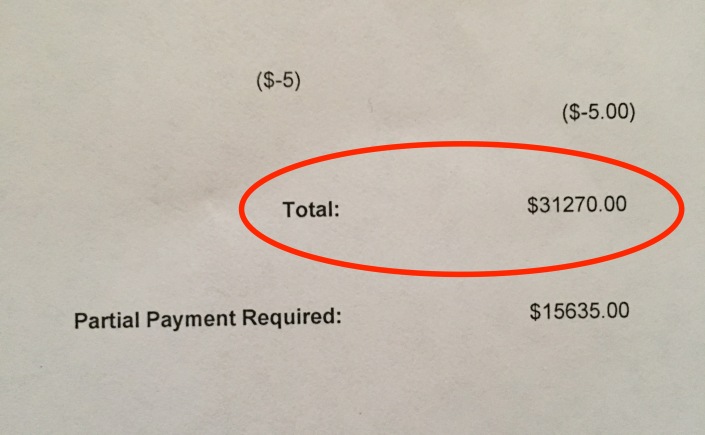 Canadians will no longer be asked to pay thousands of dollars to access public information from the federal government.

READ MORE: Info watchdog’s budget is lower now than under the Tories

It’s also now official government policy to provide information in the format requested “when feasible.” This could mean much easier access to spreadsheets, sortable and searchable records – so people who ask for detailed records won’t have to enter data by hand from pdf files.

The new rules apply for all requests filed after Thursday.

DUTY TO DOCUMENT: What you need to know about access-to-information reform

In a statement, Brison emphasized the importance of modernizing Canada’s Access to Information Act, which hasn’t been changed much since 1983.

“We also must change the culture around ATI and government information. Government should be open by default,” he said.

“Providing access to government information is paramount to serving the public interest.”

That goes beyond formal access requests, which are meant to be the exception, not the norm: Most of the time, public information should be accessible without having to go through the months-long request process.

The Access to Information Act “is intended to complement existing procedures for obtaining government information and is not to limit in any way the type of information that is normally available to the public, thereby denoting the importance of informal access,” the directive reads.

The directive also gets into specifics regarding information officers’obligations to people filing requests: They’re expected to help people change their request “where it would result in the person receiving more accurate, complete and timely access,” and provide context to help requesters better understand the source of the records they’re asking about.

During last fall’s election campaign the Liberals promised sweeping reforms to the Access to Information Act. Now they say they plan to implement all those promised reforms “as quickly as possible” and formally review the Act once changes are made.

Those changes include making the Prime Minister’s Office and the offices of his Cabinet members subject to the information act, which they aren’t right now.

And they’ve pledged to give Information Commissioner Suzanne Legault the power to order government institutions to divulge information. Right now she can ask them to do so and, if she wants, take them to court if they refuse.

Legault has said she’s encouraged by this government’s apparent commitment to openness. But her office has less money than it’s had since 2009 — significantly less than it had under the Conservatives.

This impedes her ability to adequately investigate complaints, Legault says — especially as she’s been getting more of those every year.

Thursday’s measures “are quick and positive steps to improve the access to information system,” Legault said in a statement.

“The changes are consistent with open government principles which recognize that information should be provided to the public free of charge and in open formats that facilitate reuse.”

“For too long, Canadians requesting information about the government’s activities and expenditures have faced onerous fees and long delays,” the lobby group’s  Federal Director Aaron Wudrick said in an emailed statement.

Both the taxpayers federation and the information commissioner noted these changes still fall short of Legault’s  Special Report to Parliament last spring, which called for more dramatic measures.