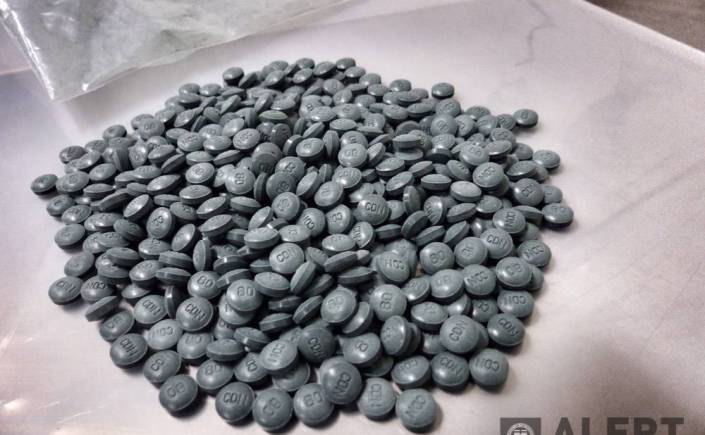 Half the doctors prescribing fentanyl in Manitoba aren’t following safety guidelines for the potent opioid, which is 100 times more powerful than morphine. And researchers say other provinces are likely as bad, if not worse.

The study, published Monday in theCanadian Medical Association Journal, also found that older patients, who are even more at risk of adverse effects, were prescribed fentanyl under unsafe circumstances more frequently.

READ MORE: Opioids kill hundreds of Canadians a year. Why are doctors still prescribing so many?

​University of Manitoba researchers combed through pharmacy dispensing data for 11,063 ​people who were started on fentanyl between 2001 and 2013.

Because fentanyl is so powerful,safety guidelines recommend it only be prescribed to patients who’ve already been on 60mg of morphine (or equivalent) every day for the past week.

This is partly to ensure the drug isn’t used as a first resort when less powerful options could work, but also because taking fentanyl when your body isn’t used to opioids can kill you.

“When it goes wrong, it can go dramatically wrong,” says study co-author Shawn Bugden, a professor at the university’s College of Pharmacy.

“Why are we taking the risk at all?”

READ MORE: What actually works in the war on drugs?

Over the entire 13-year period, almost three-quarters of patients (74.1 per cent) were prescribed fentanyl without having previously been exposed to a high enough dose of opioids for the drug to be considered safe.

“Fentanyl patch initiation was deemed unsafe in most cases overall,” the study says.

Prescribing practices have improved since 2001, when 87 per cent of patients starting fentanyl did so unsafely. But by 2012 that figure was still at 50 per cent. ​

Canada has been rocked by a spate of Fentanyl deaths over the past several months, driven both by prescribed doses of the drug and synthetic trafficked versions.

​But this is only the latest iteration of Canada’s fastest-growing drug problem: The number of ​Canadians killed by prescription opioids has risen in every province for which we have data; there is no national data collection system, which physicians and public health experts note makes the problem tougher to tackle because we don’t know how bad it is.

“One of the biggest limitations we’ve had as researchers and policymakers is that we don’t have these national estimates of not only overdose deaths but prescribing and levels of misuse of these products,” said Tara Gomes, a researcher in the Li Ka Shing Institute of St. Michael’s Hospital and a scientist at the Institute for Clinical Evaluative Sciences.

“It’s not something we do have excellent data on at the moment,” she told Global News in an interview.

“I know there are a number of folks in the research and epidemiology field and I would be very interested in working with them to get a better understanding of just how big this crisis is.”

As Global News has extensively documented, prescriptions of potent opioids have continued to rise despite multiple warnings about the dangers of these drugs’ misuse and abuse.

These fentanyl findings are especially frustrating, Bugden says, because by now physicians should know better.

“If you take it without adequate opioid exposure, you can die,” he said.

This isn’t news: Multiple levels of government and police organizations have warned physicians, pharmacists and the public of fentanyl’s dangers.

READ MORE: Have a fentanyl prescription? Here’s what you need to know

The study only looked at Manitoba prescriptions. But if anything, other provinces are even worse, Bugden said: Manitoba is way ahead of other jurisdictions when it comes to tracking who’s prescribing what to whom.

“We’ve had for 20 years a system that connects all the pharmacies in the province so you can see everybody’s prescriptions,” he said.

“Manitoba’s kind of leaders, nationally, in terms of some of the restrictions. I have no reason to believe that things would be better anywhere else.”

Especially worrying, the study notes, is that older people are both more at risk of opioid overdose and more likely, in this study, to be prescribed fentanyl unsafely.

“Of particular concern, patients 65 and older, who may be at the greatest risk, had higher levels of unsafe fentanyl initiation than younger patients.”​

“The ultimate responsibility lies with the prescriber: They have to be comfortable with the drugs they are prescribing. And by that I mean the potential consequences and side effects of using the drug.”

But Canada’s College of Family Physicians has said there’s no need for mandatory courses on opioid prescriptions for doctors who are already practicing.

The College doesn’t want to penalize members who don’t get the training, the Globe and Mail quoted CEO Francine Lemire as saying last month.

“What’s your aversion to being educated on the drugs you want to use?” he asked.

“If physicians are reluctant to engage in education about opioids, perhaps their prescribing of opioids should be constrained somewhat.”