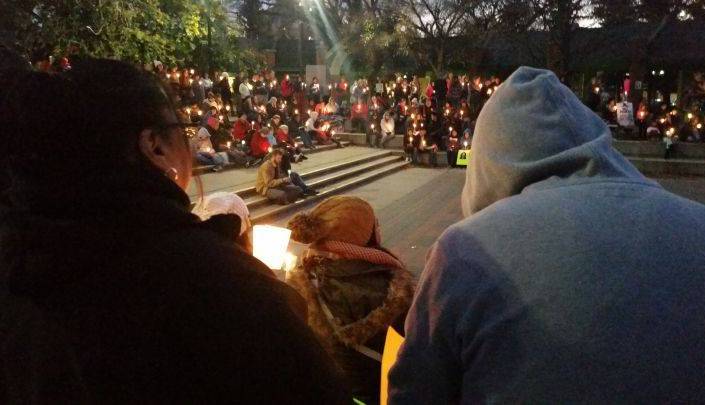 It’s not quite the launch of the long-awaited national inquiry into Canada’s crisis of missing and murdered indigenous women and girls.

In a strongly worded, often emotional announcement featuring prayers from an Algonquin elder, a trio of federal ministers announced the “design phase” of the national inquiry promised in the Liberals’ election platform.

The inquiry itself will kick off next year.

We still don’t know what it will look like or what its scope will be: That will depend on the next few months of consultations.

But everyone agrees something’s got to give.

In the past few years alone, the RCMP, United Nations, Amnesty International and Human Rights Watch have come out with often scathing, often contradictory reports on the way indigenous women are systemically subject to higher rates of violence and death.

But perhaps one of the biggest challenges will be rebuilding the relationship between aboriginal Canadians and the people whose job it is to keep them safe.

“A key part of addressing the long-term safety of indigenous women and girls is making sure they can turn to police without fear of abuse,” said Human Rights Watch researcher Meghan Rhoad.

Rhoad’s 2013 report, “Those who take us away,” outlined systemic abuses of First Nations women and girls by police in British Columbia. Its allegations include a 12-year-old girl attacked by a police dog; a 17-year-old punched repeatedly while handcuffed; multiple accusations of rape and assault by police officers.

First Nations women in Val d’Or, Quebec, have accused Sûreté du Québec officers of forcing them to commit sexual acts, assaulting them, dropping them off outside of town and forcing them to walk back alone in a litany of alleged incidents stretching from 2001 to 2015.

Outrage over the province’s handling of the accusation prompted one minister to resign and Premier Philippe Couillard to name an independent investigator to look into the accusations.

Aboriginal people across Canada, on-reserve and off, don’t trust police to take them seriously, Rhoad said. They often fear victimization from those same officers.

Part of the answer, Rhoad said, is education — “training for police officers to know how to conduct themselves properly, to understand the history of indigenous peoples in Canada, anti-sexual harassment training. All those pieces are important.”

Serving Canada’s aboriginal communities is one of the RCMP’s “strategic priorities,” the force says on its website.

Existing programs include “perceptions training” and annual “performance plans” designed to “address an offence or negative social issue that concerns the community.”

But you also need accountability, Rhoad said — the guarantee that allegations of abuse are investigated independently and dealt with decisively.

And in many cases, Rhoad notes, there isn’t a designated civilian watchdog to do the job. Some provinces have them, with varying amounts of teeth. Some do not. (British Columbia has one but, Rhoad said, it doesn’t investigate rape allegations because that isn’t considered a “grave injury.”)

Police accountability is an issue Native Women’s Association of Canada President Dawn Harvard thinks can be addressed right now, without waiting for an inquiry to wrap up.

“That’s something we need to start doing,” she said. “People know there’s a problem. …

Global News has asked the RCMP for comment on how it plans to do this. A spokesperson declined to comment but noted Commissioner Bob Paulson will address the Assembly of First Nations Wednesday afternoon in Ottawa.

“This cannot just be another report,” Justice Minister Jody Wilson-Raybould said at the announcement Tuesday.

“This is not an indigenous problem. It’s not simply a women’s issue. It is a national tragedy that requires an urgent and deliberate national response.”

What response, exactly, remains to be seen. But this won’t be the first time anyone’s wrestled with the question of why First Nations, Inuit and Metis women are so much more likely to be murdered, assaulted, go missing without a trace.