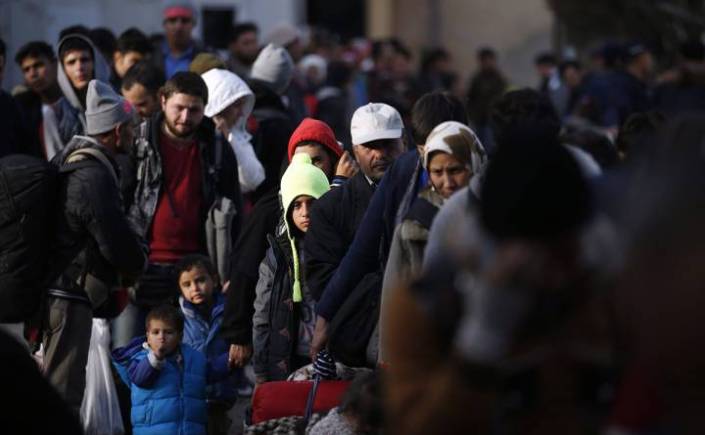 The federal government won’t make the 25,000 Syrian refugees it has promised to resettle over the next three months repay the costs of their transportation and medical exams.

For years Canada has required all refugees brought here on publicly funded flights to repay the cost of their flight, travel documents and initial medical exam with interest.

Advocates have argued these “transportation loans” saddle vulnerable new Canadians with thousands of dollars in debt before they even reach their new homes — making it more difficult for them to integrate economically and support themselves.

READ MORE: No, Canada doesn’t spend more on refugees than on retirees

The Canadian Council for Refugees, along with politicians of various partisan stripes, say this loan policy should be ended for everyone.

The federal Liberals are making a special exception for 25,000 Syrian refugees.

“The situation in Syria now constitutes the world’s largest refugee crisis, with more than four million fleeing to neighbouring countries. Many refugees fleeing Syria have lost everything they had and will not have any financial resources for some time,” spokesperson Nancy Caron wrote in an email.

“Given the extreme and unprecedented hardships faced by this community, Canada is upholding its humanitarian tradition by offering help and protection to those most in need.

But so far, no such exception is being made for the tens of thousands of other refugees Canada resettles annually.

The government has budgeted about $100 million to transport Syrian refugees to Canada. Its cost estimates don’t break down amounts for medical exams or paperwork, but “identification” and “processing” will cost about $50 million.

The Liberals promised during this year’s federal election campaign to bring 25,000 government-assisted Syrian refugees to Canada by the end of this year.

Last week they revised that promise to 15,000 government-assisted refugees and 10,000 privately sponsored refugees by the end of February, although Citizenship and Immigration Minister John McCallum says even that timeframe may be overly optimistic.

Local governments and community groups have been scrambling to prepare for the influx of people in need amid an information vacuum: it still isn’t clear how many refugees are going to which cities and when they’ll arrive.

And while the federal government has repeatedly promised to reinstate the refugee health program cut in 2012, the feds still won’t say when or even how that will happen.

In the meantime, refugees and refugee claimants in Canada now struggle to get badly needed care, health practitioners say.

Canada has several other multi-year refugee resettlement commitments in addition to the 25,000 Syrians promised during the election campaign: