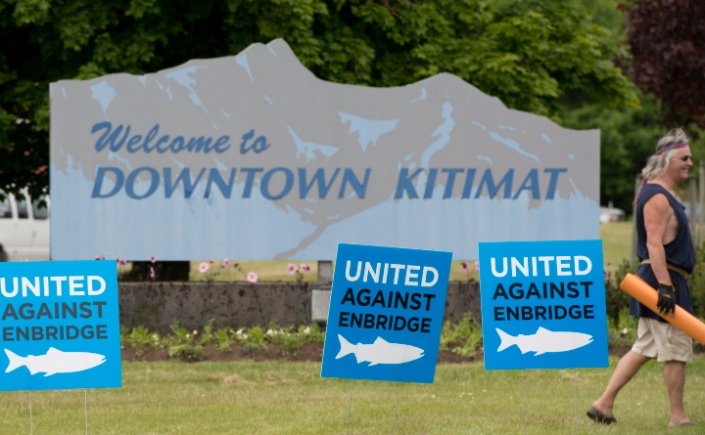 When the federal election kicks into high gear during the final stretch of a marathon campaign, a high-profile case that could change Canadian resource development will play out in a B.C. courtroom.

In early October, lawyers representing eight First Nations, four non-profit groups and one major labour union will argue the Northern Gateway pipeline process was fundamentally flawed and the federal government failed in its constitutional duty to consult the aboriginal groups through whose territory the proposed pipeline will run.

They also contend the pipeline review process neglected the project’s potential effects on wildlife and the public interest concerns around its construction.

Northern Gateway: Things are about to get interesting

“We’re talking about some fairly, from our perspective, egregious errors that were made,” said Jessica Clogg, executive director and senior counsel with the West Coast Environmental Law Association, which is representing some of the applicants.

“That could send that process right back to the drawing board.”

This case, and a second challenging Kinder Morgan’s TransMountain pipeline later that month, will pressure whoever forms the next government to put action behind their pipeline rhetoric.

“I’m very heartened to see indications that that’s on the table for some of the parties,” Clogg said. But, “the proof is in the pudding.

“I think there is certainly a crisis in confidence with respect to current federal and provincial review processes. And that’s for a whole variety of reasons,” she said.

“The kind of overhaul that would be required to get us back on track, I think, would be quite substantial.”

The way Canada develops and exports its natural resources — especially bitumen, the oilsands crude that’s become the economic heart-blood of Alberta and, to a lesser degree, Saskatchewan — has been contested at debates and photo ops across the country.

Prominent NDP candidate Linda McQuaig raised the ire of many, and the derision of Conservatives, when she said it would be more responsible to keep Canada’s bitumen “in the ground.”

But what exactly do the parties stand for, and what will that mean for Canada’s energy economy?

Both NDP leader Tom Mulcair and Liberal leader Justin Trudeau have pledged to revamp the National Energy Board‘s approval process. They want to give community members and aboriginal peoples more opportunity to comment and question proponents and they want the National Energy Board to take a project’s climate impact into account when deciding whether it’s a good idea.

“The logical implication of what the NDP is saying is there has to be some kind of a plan to achieve those targets: Companies have to demonstrate these projects are consistent with that,” he said.

It’s one thing to propose that for future projects.

But what would these mean for proposals that are already in the works?

Mulcair and Trudeau have been less clear on that point. While each has slammed the evaluation process, they’ve both shied away from condemning these projects outright.

“It is not for governments to be cheerleaders for various pipelines,” Trudeau said Thursday when asked point-blank if he supports the Enbridge and Kinder Morgan pipelines.

“There is no longer a choice to be made between what’s good for the economy and what’s good for the environment,” he said, adding that his party’s committed to “overhauling the environmental assessment process to make sure … that Canadians worried about the scientific risks associated with specific projects are part of the solution and get their concerns heard and addressed.”

(He didn’t actually say what he thinks of either of the pipelines he was asked about.)

Mulcair, for his part, said at a campaign event this week that the existing approval process is “singularly defective.”

At a campaign event in Winnipeg this week, the NDP leader pledged to “rigorously enforce overarching sustainable development legislation.” He also took to task someone interrupting his speech with calls to clarify his stance on Energy East and stop “tar sands” development: “Look, I’m more than willing to put up with your screaming but I’m talking about First Nations. Could you show a little bit of respect, please?”

In an emailed statement, Liberal party spokesperson Jean-Luc Ferland said the party’s revised environmental assessment process would include “an analysis of upstream impacts and the greenhouse gas emissions resulting from the projects being assessed.”

“New assessment criteria would be applied to projects under review,” he wrote.

(Neither the NDP nor the Conservative party, which has stood by the existing approval process and been an unabashed proponent of such pipeline projects asKeystone-XL, returned our requests for comment.)

TransCanada’s Energy East pipeline project is especially vulnerable to strengthened assessment criteria, said Stewart: After the company agreed to revise its planned route because of concern for beluga whale habitat in Cacouna, Que., it has yet to complete its submission to the National Energy Board.

“So if a new government comes in and says, ‘Okay, we will be changing this law’ and you haven’t started yet, then this application will be considered under the new rules,” Stewart said.

“I can’t possibly comment on some future regulatory change that hasn’t been proposed or happened,” he said.

When it comes to Northern Gateway, the pending court case may create an added incentive for government to send the project back to the drawing board in response to First Nations concerns.

The Liberal Party said it agrees Canada has failed in its duty to consult First Nations, Ferland said in an email.

“We will, in full partnership and consultation with First Nations, Inuit, and Métis Peoples, undertake a full review of Canada’s environmental assessment process put in place by Mr. Harper, and replace it with a new process that ensures the Crown is fully executing its consultation, accommodation, and consent obligations on project reviews and assessments, in accordance with its constitutional and international human rights obligations,” he wrote.

Environmental Law counsel Clogg said she’s hopeful October’s arguments in court, and public opposition to these projects, will convince Canada’s next prime minister to proactively send Northern Gateway and similar projects back to the drawing board.

“The litigation is likely to open up space for politicians to do the right thing,” she said.

“You have a legal impetus but also the political space for a ‘No’ decision.”