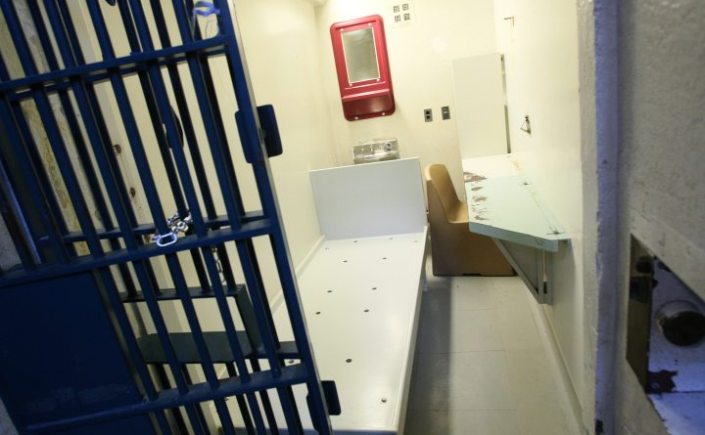 Staffing-related lockdowns in crowded jails across Ontario have more than tripled since 2009, numbers obtained by Global News show.

The province’s crowded jails are so chronically short-staffed many have resorted to rolling lockdowns of several units at a time to compensate.

Last year there were 474 days of facility-wide lockdowns at 20 Ontario jails, and 426 lockdowns of several units at a time.

That means all day in your cell. No showers, no phone calls, no fresh air. No access to programs and virtually no access to care. Tensions rise and tempers shorten. Ranges become staging grounds for violence.

“You keep them locked up for days on end and they’re stepping all over each other … absolutely, it’s going to affect them,” says Monte Vieselmeyer, chair of the corrections division of OPSEU, Ontario’s Public Service Employees’ Union.

Ontario’s attorney general sounded the alarm on staff shortages and lockdowns in provincial jails back in 2010. Since then, lockdowns due to staffing shortages has soared.

And summer, when many corrections officers are on holiday, is the worst.

“We have no staff to actually run the buildings properly,” Vieselmeyer said.

“Some of the [superintendents] have negotiated with the local union basically to have rotating lockdowns to minimize the effect on the staff and the offenders.”

Vieselmeyer blames the staffing shortage on a three-year hiring freeze imposed by the provincial government. Even after that was lifted last year, he says, thanks to attrition their numbers barely broke even for the year.

“It’ll probably take us a minimum of six years to get up to normalized numbers.”

Until then, he says, lockdowns are the new normal.

Global News obtained statistics on staffing-related lockdowns at Ontario correctional facilities from 2009 to 2014 through an access-to-information request. We found a drastic increase in both unit lockdowns — when only part of a facility is shut down at a time — and facility-wide lockdowns.

Last year, the Central East Correctional Centre in Lindsay, Ont., got the brunt of the lockdowns, with 65 days of unit-level lockdowns and 57 days of facility-wide lockdowns. That includes strings of closures May 6-10; June 19-23; July 12-20 (minus July 15); and much of August.

“If you’re locking people up for 24 hours a day, of course tensions are going to escalate. Needs are going unmet,” said Jacqueline Tasca, a policy analyst with Ontario’s John Howard Society.

Lockdowns hurt vulnerable people most: People with chronic illness, especially mental illness, have a hard time accessing the care they need when everything runs smoothly. When they’re locked in a cell for days on end, often crammed in with a cellmate or two, accessing care becomes virtually impossible.

One of them, Masoud Hajivand, has been there for a year as Canadian border officials try to deport him to Iran, where he fears he’ll be jailed or executed for apostasy.

Last week his wife, Pam Shiraldini, went to from the Toronto area to Lindsay to meet him, only to find him in lockdown and inaccessible again.

Staffing shortages also mean rehabilitation programs get cancelled. That hurts offenders’ chances of reintegrating post-incarceration, and makes them more likely to re-offend and end up behind bars in over-crowded, under-staffed jails.

Brent Ross, a spokesperson for Ontario’s Ministry of Community Safety and Correctional Services, said staffing-related lockdowns “are necessary to ensure the safety and security of both staff and inmates.”

“The Ministry has hired over 450 correctional officers since the Fall of 2013 and we will continue to work with our labour partners towards the hiring and training of 300 more new staff. The Ministry continues to hire new staff for all of our institutions and will continue working with staff to address daily staffing demands in taking measures to ensure the safe and secure operation of our facilities.”