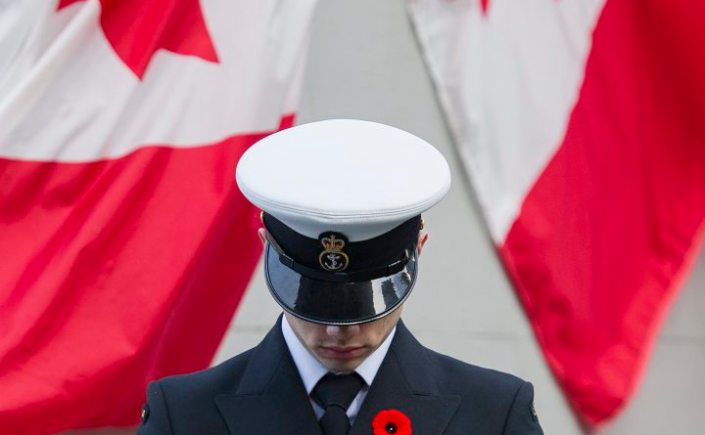 The federal government has yet to live up to a months-old promise to remedy the multi-million-dollar inequity facing the families of reservists killed in the line of duty.

And the federal government has yet to remedy inequities facing reservists hurt in the line of duty even as more individuals with severe trauma and mental wounds struggle to prove they’re injured – only to receive far less than their regular forces compatriots they fought alongside.

READ MORE: Reservists like Nathan Cirillo are worth $1.8M less to the feds. Why?

Veterans Affairs would not give Global News a timeline as to when it plans to address these discrepancies.

“Our Government continues to work with Veterans Affairs and National Defence to address the discrepancy in benefits for Reservists who are killed on duty,” spokesperson Martin Magnan wrote in an email last week.

“This commitment builds upon our Government’s efforts to increase monthly benefits for injured reservists to a minimum of $2,700 a month.

“This Minister has shown he will communicate directly with Veterans and Canadians on how we can improve the New Veterans Charter and he will continue to do so in the coming weeks and months.”

In November, a Global News story revealed special arrangements had been made to give the family of Cpl. Nathan Cirillo, shot to death at Ottawa’s War Memorial by Michael Zehaf-Bibeau, the full slate of benefits of a regular forces member, even though he’s a reservist – but that most reservists’ families still get millions of dollars less over the lifetime of the slain soldier’s benefits.

In response, Veterans Affairs pledged to remedy this.

“Our Government is currently working on fixing the discrepancy between reservists and regular service members who are killed in the line of duty, and also agreed with the spirit of the findings regarding the difference between disability benefits for Reservist and Regular Force Members of the CAF in our recent response to the recommendations in the report by the Standing Committee on Veterans Affairs (ACVA) on the New Veterans Charter,” spokesperson Ashlee Smith wrote in a Nov. 26 email.

But it appears little progress has been made.

In response to further questions as to when disability benefits will be addressed, and why death benefits hadn’t been addressed despite assurances to the contrary in November, Magnan wrote:

“The government has moved quickly to respond by making a number of changes on an immediate basis within the Department’s financial and legislative authorities.”

He also referred to a Jan. 30 update on “progress made toward implementation of the recommendations contained in their report, The New Veterans Charter: Moving Forward.”

But the update makes no mention of equal treatment for reservists.

But Liberal Veterans Affairs critic Frank Valeriote said the government has made little concrete progress when it comes to making changes it agreed to in principle but never followed through on.

Meanwhile, Veterans Ombudsman Guy Parent said at a town hall in Dartmouth, N.S. last week that delaying the federal budget leaves financial support for veterans up in the air.

“With a two-month delay now in the budget we’re facing some longer waits, frustrations for veterans, uncertainties, and that’s not healthy,” he said.

“This shouldn’t be about politics,” said NDP critic Peter Stoffer, who noted these inequities have been an issue for years.

“The reality is, there’s absolutely no reason at all the government can’t implement those recommendations right now.”

Valeriote pointed to the death of 34-year-old Jesse Tait, veteran of both Bosnia-Herzegovina and Afghanistan, as evidence federal inaction has real consequences.

“There’s a more recent theatre of war creating a new kind of ailing veteran – veterans with a new kind of social and psychological problem that … [Ottawa isn’t] taking as seriously.”

With files from Marieke Walsh and Jacques Bourbeau