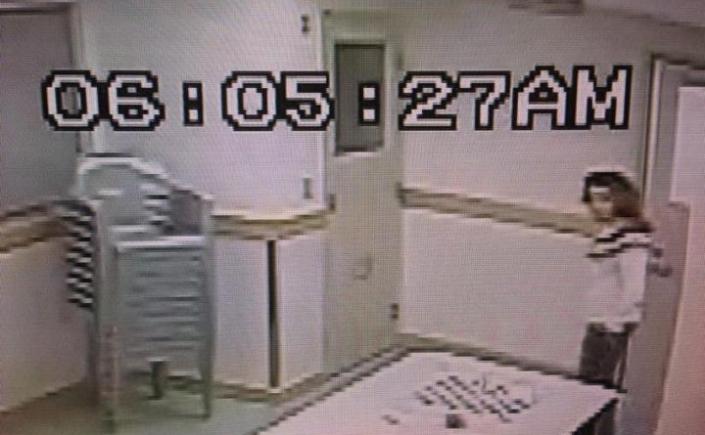 Canada detains too many people in unacceptable conditions and under insufficient oversight, opposition politicians and civil liberties advocates said Thursday, after a Global News investigation detailed Canada’s questionable practices when it comes to non-citizens.

The series showed that people are often jailed without charge and, in Ontario, without Red Cross oversight;

“There are really three issues here,” saidNDP public safety critic Randall Garrison. “One is the excessive use of detention and the conditions of that detention. And we’ve had far too many deaths in custody, by any standard.”

Another concern Garrison has is Canada’s criteria for what’s considered a safe country for deportations.

“Especially in [Masoud Hajivand‘s] case, where he’s converted to Christianity and there’s a death penalty for apostasy,” in Iran, Garrison said. He’d like to quiz Minister Chris Alexander on how he makes that determination.

“What criteria are you using? Do you have any?”

Josh Paterson, executive director of B.C.’s Civil Liberties Association, says thepreviously unreported deaths in detention were a revelation – and he wishes he were more surprised at that.

“We know from experience that these things don’t come to light. So in that sense it’s not surprising that we didn’t know about them. And yet, it should be surprising to us that people could die in essentially the custody of law enforcement and it not be known,” he said.

Both Garrison and Paterson called for an independent watchdog providing oversight of the CBSA.

“They are … the only serious, large police force in Canada with no independent oversight,” Paterson said.

“It makes no sense.”

Right now the CBSA has an internal complaints policy. But that isn’t good enough, Paterson argues – especially given the vulnerable nature of many detainees who may want to avoid rocking the boat.

“People don’t want to complain because CBSA has a lot of power over their lives, including their cases to stay in Canada,” he said.

“In that kind of a power dynamic, it can be very difficult for somebody to complain to the very agency that you allege is violating your rights. We hear from lawyers all the time that clients don’t want to make a fuss about something because they’re afraid.”

He’d like to see both an independent oversight body and automatic, independent review of all deaths or incidents of serious harm in CBSA custody.

“We don’t accept a lack of oversight for any other police force in Canada. There is no reason that the public should accept it for CBSA.”

Neither Immigration and Refugee Minister Chris Alexander nor Public Safety Minister Steven Blaney would speak with us for this series. (But if that changes, we’d be delighted.)

Federal government spokespersons say Ottawa detains people when warranted and fulfills its obligations when doing so, and that paying refugee claimants to leave is kinder and simpler than deporting them when they’ve exhausted their appeals.

The CBSA says it’s improving its practices and its transparency regarding deaths in detention but won’t release any details for anyone who died before they changed the policy.

In public statements and the House of Commons, the federal Conservatives have repeatedly called these individuals “bogus” or “failed” refugees trying to defraud Canada or sneak in here illegally. But bogus or no, accused of immigration violations or not, Canada has international obligations to non-citizens on its soil.

“We have a long tradition of accommodating refugees. … The government’s deliberately trying to obscure that Canadian responsibility in the minds of the public by insisting these people are illegitimate,” Garrison said, adding that in the case of Roma, specifically, officials are “prejudging their cases and ignoring the evidence.”

The CBSA has said it’s modified the facility where Lucia Vega Jimenez killed herself and is reviewing recommendations from a coroner’s jury.

But “it’s difficult for us to have a high level of confidence in CBSA’s efforts to make improvements,” Paterson said.

“They have … not given us any reason to trust them when they say, ‘We’ve got this.’”

THE UNWANTED: READ THE SERIES

Jailed with no charge, no sentence, no oversight

Deaths in detention: CBSA’s fatal failure to learn from its mistakes