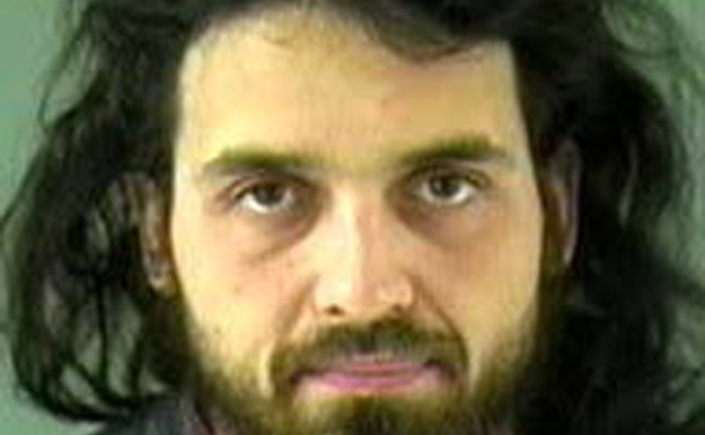 Almost three years ago, the angry loner, pious Muslim and crack addict who would shoot up Canada’s War Memorial and storm its Parliament stood in court and begged for help.

As far as we know, he got none.

Michael Zehaf-Bibeau was so desperate for help he asked to be jailed so he could get clean: There was no other way he’d get off crack cocaine, he told a B.C. courtroom in early 2012.

“I’m a crack addict and at the same time I’m a religious person,” Zehaf-Bibeau said during the hearing.

“I want to sacrifice freedom and good things for a year maybe, so when I come out, I can appreciate things in life more and be clean.”

Instead, he was convicted of uttering threats, a lesser crime than the robbery of which he was originally accused, and then released shortly after, having been incarcerated a total of 66 days.

There’s no evidence Zehaf-Bibeau, then 29 and struggling, he said, between an exacting Muslim faith and an unrelenting crack addiction, received any lasting treament or was referred by a judge or anyone else to a rehab facility following that court appearance.

“When an overnight fitness assessment is requested by Crown Counsel, Forensic Psychiatric Services (FPS) psychiatrists conduct assessments of certifiability under the Mental Health Act, [an] informal assessment of fitness to stand trial, to assist in the determination whether the court should make a formal order for an evaluation of fitness to stand trial,” B.C.’s Provincial Health Services Authority spokesperson Ben Hadaway said in an email.

“FPS does not make other recommendations in these types of assessments.”

In Zehaf-Bibeau’s case, that may have meant a lost chance at treatment, said A.G. Ahmed, Associate Chief of Forensics at the Royal Ottawa Hospital.

“It is a missed opportunity. There’s no doubt about it,” he said.

“That would be an opportunity to send him into treatment. Does he have to be incarcerated to receive treatment? No: It could be they send him to treatment at an addiction centre.”

It’s ultimately up to a judge to require an accused to get addiction treatment, according to the B.C. Justice Ministry. That decision’s supposed to be based on the accused’s background, willingness to undergo treatment and the availability of treatment programs.

“Some integrated court services are available in Vancouver through the Drug Treatment Court and the Downtown Community Court,” a spokesperson said in an email. “These models bring together an integrated team of probation officers, addiction counsellors, physicians, healthcare workers and an employment assistance worker to address the accused’s complex needs.”

But all too often, effective treatment simply isn’t available, said Evan Wood, an addiction specialist at the University of British Columbia and co-director of St. Paul’s Urban Health Research Initiative.

“What’s being delivered as treatment in many cases is simply not evidence-based.”

But leaving someone with a severe crack cocaine addiction on his own “sets people up for failure,” Wood said.

“People are released with nothing … into an extremely high-risk environment,” he said. “You’d want that person diverted into some sort of intensive program.”

And it’s by no means clear whether that would have altered Zehaf-Bibeau’s path.

But, Ahmed said, we do know the crack addiction and consumption that continued to wreak havoc on Zehaf-Bibeau’s life for years after that courtroom appearance heighten a person’s aggression and propensity to violence.

In the wake of a shooting last week that killed Cpl. Nathan Cirillo and shook the country, there’s been much talk about boosting Canada’s counter-terror security and the power of its police.

While last week RCMP Commissioner Bob Paulson said there was nothing in Zehaf-Bibeau’s past that would have marked him as a national security threat, late Sunday the RCMP said they have a video indicating Zehaf-Bibeau’s rampage was ideologically motivated – but they won’t release it.

And addressing the Senate on Monday, Paulson said he’d like to lower the evidentiary thresholds police must meet when it comes to getting permission to investigate someone, basing it on the suspicion of criminality rather than a more concrete belief.

It isn’t clear whether even lower thresholds would have given RCMP cause to arrest or closely monitor Zehaf-Bibeau in such a way as to prevent last week’s fatal shooting.

But his path to last Tuesday’s rampage is marked by two very obvious failures in the system,.

One was his ability to get a gun – bought, stolen or gifted; we still don’t know – when he was criminally prohibited from owning one.

Paulson has said the provenance of that gun is one of investigators’ top priorities in Zehaf-Bibeau’s case.

The other was his failure to get treatment even when he desperately needed it.

His addiction got so bad, the New York Times quoted a Salvation Army shelter worker who knew him as saying, “he was doing heroin to take the edge off crack.”

And his mother, whose correspondence with various media organizations has portrayed an individual bewildered and dismayed at the actions of a loved one who became a stranger, said in a recent missive to Postmedia she’s convinced he “acted in despair.”

“In an ideal world, we should be able to offer this guy, recommend treatment to him,” Ahmed said. “Give that opportunity to him – say, ‘Go to treatment.’”