Rick Raemish spent 20 hours in solitary confinement – exhausted, unable to sleep and bored out of his mind – because he wanted to.

The head of Colorado corrections spent much of his career opposing the practice of keeping inmates locked up in cells alone for weeks, months or years at a time.

“We knew that, internally, there would at least in some places be some pushback and some tension. And I thought, ‘If I’m going to do this, I’d better walk the talk a bit.’”

He floated the idea with his deputy. Dead silence over the phone, “to the point where I asked if she was still there.”

But two nights later, he was led shackled to a tiny cell, locked up and left.

What struck him was not the silence but the noise – the banging and clanging and shouting just loud enough that he couldn’t sleep but not clear enough to make out conversations or the TV show blaring in the cell next door.

So he lay and lost his sense of time, sometimes drifting closer to the sliver of window so he could look out into the hall just to see other figures pass by.

Segregation sea change in the States. Canada, not so much

Agonizing as those hours were, he says, “I fully admit, 20 hours is absolutely nothing – it’s a blink, it’s a second … when you consider, in Colorado the average length of administrative segregation is 23 months.”

But those 20 hours had a much greater impact than Raemisch anticipated: They sparked a national dialogue on locking up inmates in confines alone – especially when they have mental illness.

“You have to take a step back and think, really, what can we possibly hope to accomplish by doing this? … To severely limit its use, I think, should be the goal of everyone.”

And as Colorado moves to eliminate the practice, Raemisch is convinced other states will follow suit. New York has already begun.

Not so much in Canada. Not yet, at least.

“Administrative segregation is a legislative measure available to CSC to help ensure the safety of all inmates, staff and visitors,” Corrections spokesperson Sara Parkes said in an email. “Within 24 hours of admission to segregation, an offender’s mental health needs and physical needs are assessed by a health care professional, and any appropriate referrals to psychology are made as required. Essential mental health care is provided to inmates regardless of the inmate’s security level, segregation status or placement.”

Worsening those with the worst mental illness

Ashley Smith spent much of her life in solitary confinement before the 19-year-old killed herself.

Kinew James was alone in a cell when she died, at 35, in distress.

A trio of deaths in segregation at B.C.’s Mountain Penitentiary prompted an inquest last month.

As unpleasant as solitary confinement can be for anyone, it’s much worse if you have mental illness, research shows.

“They have compromised mental conditions to begin with. And you’re not going to find any treatment guidelines in the world that say the treatment of choice for someone with serious mental illness is to put them in a cell … and lock them up for prolonged periods of time.”

People can “decompensate,” Metzner said – if they’re stable going in, they may be showing serious symptoms when they get out.

The American Psychiatric Association, American Association of Community Psychiatrists and the Society of Correctional Physicians have all issued position statements against the use of solitary confinement (also called administrative segregation) of inmates with mental illness. 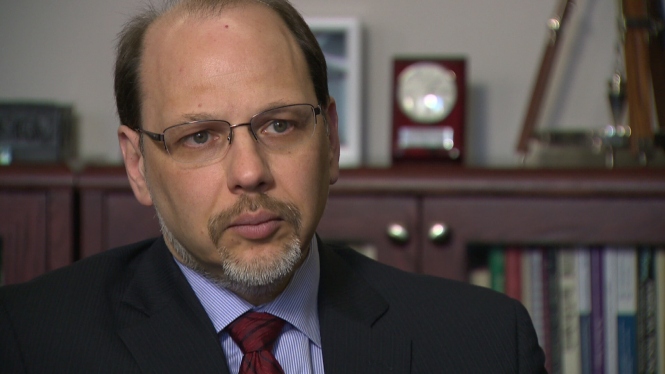 Its frequency worries Canada’s prison watchdog Howard Sapers. About 850 Canadians are in solitary confinement in federal institutions at any one time, as of last year.

A report from his office cited an “over-reliance on segregation to manage/observe mentally ill offenders, self-injurious offenders , those at risk of suicide.” People in segregation, the report added, are more likely to kill or hurt themselves.

“That’s been one of our longstandng recommendations: that somebody at known risk for suicide or someone with a diagnosed mental illness not get placed in segregation,” he said.

Saskatoon-based lawyer Don Worme, now representing Kinew James’s family at her pending inquest, has had many clients go through solitary confinement at the psychiatric centre.

“When the system insists on engaging in those kinds of activities where people are placed in solitary confinement for periods that defy logic and all kinds of psychiatric evidence that is wrongheaded,” he said.

“There’s something about solitary confinement that just fractures the human psyche.”

NEXT: A solution on standby