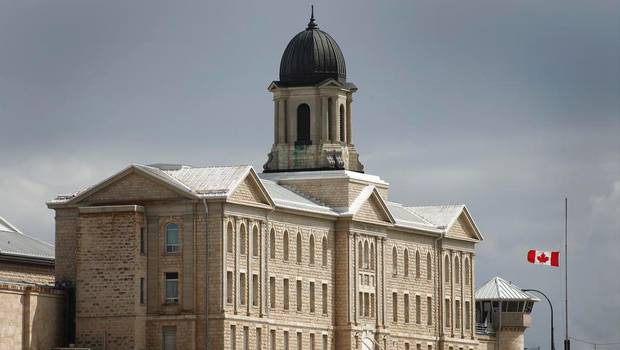 The federal agency must trim $295-million in spending by 2015 as part of the Conservative government’s deficit-reduction program. This is the first time the agency has had to cut its budget, year to year, since 2006.

Canada’s federal prison population has been on the rise since 2006 and is now growing faster, annually, than the crime rate is dropping. And as federal institutions feel the effects of new tough-on-crime legislation, both the people working in those prisons and those speaking for prisoners are leery of where these cuts will take place.

As Canada’s prison population grows, its needs are becoming more complex: Prisoners are older and have more health issues; more inmates are gang-affiliated; many have mental illness. And they’re crammed tighter than they’ve been in years: One institution, Millhaven Penitentiary’s assessment centre, has 83 per cent of its inmates sharing cells built for one.

Public Safety Minister Vic Toews is quick to point out Ottawa has put more than $630-million toward 30 projects across Canada to create 2,700 new cells over the next couple of years. But Corrections Canada could not tell The Globe and Mail where the cash to staff them and care for their residents will come from.

At the same time, the federal government is closing Kingston Penitentiary and Leclerc Institution, losing a total of 1,000 beds in the process. Mr. Toews says the closings will save Ottawa $120-million annually.

But neither Mr. Toews nor Corrections Canada will explain how they arrived at that number, or how much it will cost to vacate the prisons and find new cells at existing institutions for displaced inmates.

Details around how the department will cut almost $300-million are also vague.

The department hopes to recoup some costs by making inmates pay for using phones and pay more for daily room and board, while at the same time eliminating “incentive pay” for those working for Corcan – a Corrections Canada program that employs inmates in textiles, manufacturing and other trades to give them work experience while incarcerated.

These “offender accountability” measures are projected to save just over $10-million a year.

The rest of the savings, said Corrections Canada spokeswoman Suzanne Leclerc, are supposed to come from streamlining operations, “business transformation” and consolidating some activities.

Corrections Canada Commissioner Don Head declined to be interviewed for this article.

The federal Conservatives came to power promising cash infusions for an aging penal system. And they came through, starting with a $235-million interim cash injection in the 2007 budget. Based on Corrections Canada’s departmental performance reports, the budget increased more than 30 per cent between 2005-06 and 2010-11.

Mr. Toews argues that lower-than-expected inmate growth rates mean Corrections Canada has wiggle room when it comes to cutting costs. Increases in prisoner population were about a third of worst-case projections.

But Corrections Canada’s financial reports indicate that even with fewer inmates than anticipated, new tough-on-crime legislation is having a financial impact. A December, 2011 report – the most recent financial statement the department has made public – attributes $254.5-million in operating-cost variances to two crime bills passed the year before, and an additional $223.1-million in capital expenditures. Corrections Canada did not provide details on these figures.

Trying to reconcile ambitious cost-cutting with the inevitable costs of more offenders is “a bit, frankly, of a shell game,” said federal prison watchdog Howard Sapers.

“It makes it very hard to hold CSC accountable for the appropriate discharge of their mandate when I can’t make sense of their plans and priorities.”