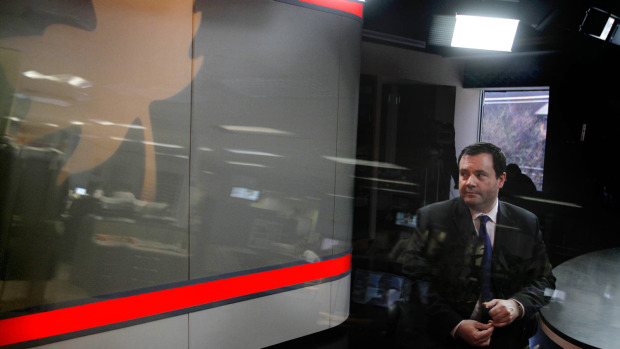 Jason Kenney has had it with incremental measures.

“It frustrates the hell out of me,” the Immigration Minister told The Globe and Mail’s editorial board on Wednesday. “We’re bringing hundreds of thousands of people into the country to end up, many of them, unemployed or underemployed in an economy where there are acute labour shortages.”

That’s how he justifies the federal Conservatives’ drastic plans for immigration – shifts in who comes here, and how, that the government is now pushing more urgently than before. Ottawa wants to transform the immigration system within a year and a half to allow international companies and Canadian professional organizations to assess the education and credentials of any would-be newcomer. Under the new system, employers, not bureaucrats, will decide who comes to Canada.

“Employers are going to do a much better job at selection than a passive bureaucracy,” he said, “because they can’t afford to recruit people to come to Canada who can’t work at their skill level on arrival.”

But to create the 21st century immigration system that he says Canada lacks, Mr. Kenney contends that the country first needs to deal with a staggering backlog. Last week, Ottawa announced that hundreds of thousands of people who have waited for years have been bumped from the skilled-worker application list. The move has appalled critics, prompting threats of class action lawsuits from immigration lawyers. But Mr. Kenney insists the plan, if harsh, is a lawful and necessary step to purge the immigration system and get it working again.

“We could continue with this incremental approach to backlog reduction and eventually by about 2018 we would get to a working inventory. By returning these applications now we’ll get to the working inventory in about 18 months’ time,” he said.

Mr. Kenney was also clear that implementing his idea of immigration means sending an unambiguous message about what he considers Canadian values – and that goes for people who want to take their citizenship oath wearing the niqab, a veil that covers the face.

“I’m not saying that wearing a niqab is barbaric. I am saying that the whole citizenship process is an opportunity for us to instill in people a sense of Canadian – read broadly, western liberal democratic – values, including the equality of men and women,” he said. “And I think most of us would regard a … tribal practice forcing women to cover their faces illiberal.”

“He’s imagining a system that we should have had 10 years ago.”

Ms. Omidvar said she’s concerned, however, that a new emphasis on language skills will exclude the immigrants from emerging markets that Canada needs most. And, she argues, focusing on a perfect future immigration system will leave behind those newcomers who are already here, and struggling.

“The government needs to invest more resources in internships, in mentoring, in bridge training programs,” she said. “All this talk about fixing the system for the future takes our eyes off the ball.”

Mr. Kenney’s plan to ensure Canada primarily brings in people who can do well here and help the economy is a way to “stop the madness,” as he puts it, of having chronically underemployed immigrants when employers across the country face severe labour shortages. And he said it will allow Canada to better compete for the world’s top talent up against not only Australia and New Zealand – “we’ve been letting them eat our lunch on this,” Mr. Kenney said – but also emerging powerhouses such as Brazil.

Critics have charged that the federal Conservatives’ approach is xenophobic, draconian or too market-driven. But Mr. Kenney argues Canada’s doing people a disservice by bringing them without a shot at a decent job.

“To string them along for years as they get stuck in survival jobs, as their skills deteriorate and they deplete their savings, is almost inhumane.”

One fundamental challenge is Canada’s balkanized system of professional credentials.

It’s tough to ensure the engineers coming to Canada meet the Canadian definition of “engineer,” Mr. Kenney said, when there isn’t one – when each province has its own professional body and system of evaluating qualifications.

In January, 2009, the provinces agreed to sit down and hash out these differences. Three years and $50-million later, nine professions have come up with matching processes. Another six are in the works. Mr. Kenney’s ultimate goal is to set up national groups to assess immigrants’ credentials before they show up. At the same time, he’s about to put out a call for companies to do a similar pre-assessment of international education.

“Dropping immigrants into our labour market to sink or swim, even if they really don’t have a reasonable shot at getting their licence, it’s a waste of human capital. It’s an opportunity cost for our economy,” he says. “So by creating a better qualified pool of prospective immigrants who are going to have much higher rates of success in getting their licenses, they will all do much better.”