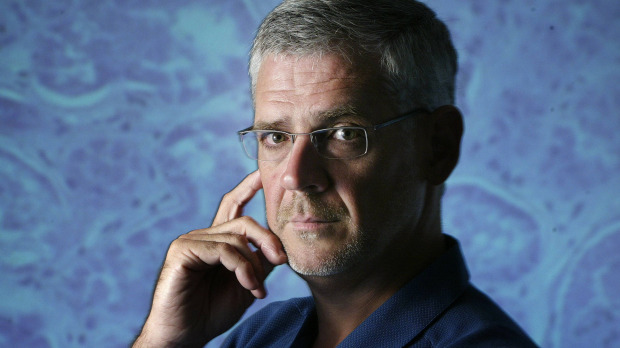 Three decades after AIDS first collided with, then consumed Julio Montaner’s career, he still can’t get his words out quickly enough. He speaks in cascades, with the urgency of someone in danger of losing his audience.

But he has a much easier time getting people to listen to him now than he did even 10 years ago.

AIDS turns 30 this week – a milestone for a shape-shifting disease that specializes in targeting each society’s most powerless populations.

It’s also a milestone for the Argentinean-Canadian doctor, who was the first clinician in Canada to dedicate himself to solving the riddle of HIV/AIDS, long before becoming celebrated internationally as a research pioneer. He’s head of the B.C. Centre for Excellence in HIV/AIDS and past president of the International AIDS Society.

Dr. Montaner had just arrived as a postdoctoral student at Vancouver’s St. Paul’s Hospital in 1981, when word began trickling in of bizarre diseases affecting young, otherwise healthy gay men on the West Coast of the United States.

He had a front-row seat watching the disease tear through first the gay community in Vancouver’s West End, then hit injecting-drug users a decade later in the Downtown Eastside.

He’s the first to admit that, in the early days, he was as oblivious as anyone else. But it was impossible not to be struck by the cases of rare pneumonia killing patients of his who should have been in the prime of their lives.

So he devoted his life to getting a bead on the pernicious illness. But his latest battle isn’t with the chameleonic retrovirus: It’s with Ottawa.

The newest front in HIV/AIDS trench warfare is “treatment as prevention.” A growing amount of medical literature is proving that the complex antiretroviral therapy used to treat people with HIV also dramatically helps reduce the virus’s spread. Much of this revelation is thanks to research being done in Canada: Dr. Montaner’s most recent coup is a collaboration with China, which is adopting the treatment as prevention strategy of the B.C. Centre for Excellence in HIV/AIDS.

Dr. Montaner wants to see that taken further, to what he calls a “Manhattan Project” for HIV research: an AIDS-treatment consortium of nuclear proportions, led by Canada.

So far, the federal government has shown little interest in making AIDS a priority. It’s our loss, Dr. Montaner argues: Canada’s reluctance to go big on AIDS treatment and research is turning the country into a laggard in a field where it led the way.

When news of the disease was first coming in, how was it affecting you as a practitioner?

In the early ‘80s, I have to confess, we didn’t know if this was for real or not. I’d be the first to admit it wasn’t until ‘84. After, that the penny dropped and we said, ‘Whoa. This is an issue – not just in the U.S., but Canada and globally.’ … In ‘81, I was oblivious to the fact that there was an epidemic coming our way. And it came, and it was devastating.

The burnout rate among healthcare workers of all kinds – from nurses to social workers to physicians to specialists – dealing with HIV was quite substantial. And that was largely related to the fact that it was pretty depressing. You were seeing a patient and, ultimately, you couldn’t change the outcome. … They were going to die very quickly.

I used to be asked that question a lot. And I used to say, ‘The difference between me and many others is I’m approaching this from the perspective of a glass half full.’ But it wasn’t even half full, to be honest with you. It was only a little bit full. You say, ‘This is what we know. We’re going to try this and see where it takes us.’ And even if our steps are not huge, every gain really encourages you to move to the next level. And one step at a time, I knew we were going to defeat this baby.

Why commit your professional life to this? Did people think you were crazy?

Ah, they did. They did. … A senior colleague of mine, he turned to me and he said, ‘You’re crazy. You’re going to bet your professional life on two drugs? (There were two drugs available at the time, by the way. Two antiretroviral therapy drugs.) And I said, ‘Well, look, uh, this is important. Somebody has to do it.’ I was the only person in Canada, in the clinical academic world, that had made a commitment. And he said, ‘Julio, what happens if tomorrow they find a cure?’

What do you think has changed in the past 30 years? What have we learned?

We have made tremendous progress in the management of HIV. We have converted HIV into a manageable disease that allows you to offer individuals with HIV near-normal longevity, near-normal quality of life.… Back in the day, you would meet somebody with a  diagnosis of AIDS and they would be dead within weeks or months. Today, even if you have an advanced stage of the disease, we’re going to be able to … let you live near-normal longevity. Can I tell you you’re going to live to 90 years old? No. But I can certainly tell you you’re going to be cashing in your pension. So get on with your life.

Does it seem strange you’re still taking different levels of government to task?

I’m not taking them to task. They’re refusing to listen to the evidence. The federal government somehow has this simplistic view that addiction is what we see in Hollywood movies – people partying and using cocaine or heroin or whatever. … We need a much more nuanced, much more sophisticated approach. The current “tough on drugs” approach, the only thing it’s going to do is dramatically increase the inmate population of this country, as it has in the United States.

What do you think about Canada’s approach to HIV/AIDS right now?

We have a made-in-Canada solution for the HIV pandemic, truly a remarkable solution that can arrest the progress of the disease. It can prevent morbidity and mortality, it can prevent HIV transmission, it can prevent tuberculosis. It’s what we call on the West Coast these days a ‘hat trick.’ And yet we get no traction with Ottawa.… When, in the history of medicine, have you had progress of this nature that is simply being ignored?

This interview has been edited and condensed.