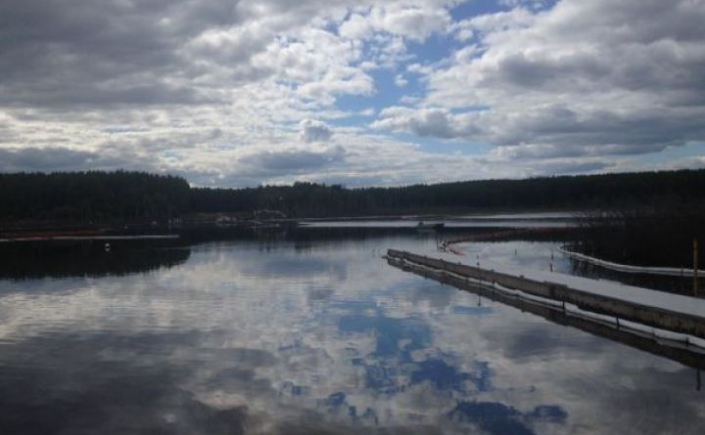 There will be talking.

Chiefly, the changes affect Kinder Morgan’s Trans Mountain, the twinning of an existing pipeline from Alberta to British Columbia’s Lower Mainland; and TransCanada’s Energy East, which would carry bitumen emulsion from Alberta’s oilsands to the east coast and, if it goes forward as proposed, would be the biggest pipeline project in Canada’s history.

But Wednesday’s announcement was chiefly an interim measure, designed as a placeholder while the Liberal government hashes out a new environmental assessment process.

“Right now we’re in a transition period, which makes it tough,” McKenna said.

“It’s not fair to proponents to make them start at the very beginning.”

PIPELINE POLITICS: Oilsands and the election

The federal Liberals’ resource project plans have been a bit of a question mark since the election campaign.

At the time, Trudeau condemned the existing assessment process as illegitimate and failing its duty to consult with people affected and address their concerns.

“It is not for governments to be cheerleaders for various pipelines,” Trudeau said in August when asked point-blank if he supports the Enbridge and Kinder Morgan pipelines.

“There is no longer a choice to be made between what’s good for the economy and what’s good for the environment,” he said at the time, adding that his party’s committed to “overhauling the environmental assessment process to make sure … that Canadians worried about the scientific risks associated with specific projects are part of the solution and get their concerns heard and addressed.”

But he and his party stopped short of specifying what their promise of new, beefed-up rules would mean for projects already in the regulatory pipeline.

“We are committed to restoring credibility to the environmental assessment process. Projects that are under review would be required to respond to this strengthened process,” spokesperson Jean-Luc Ferland told Global News in an email Aug. 20.

Immediately after the election, new Burnaby North-Seymour MP Terry Beech told Burnaby Now the Trans Mountain pipeline project will have to start over.

“Kinder Morgan will have to go through a new, revised process,” he said.

A month later, Environment Minister McKenna said the opposite: On her way to the Paris climate conference, she told reporters Trans Mountain and other projects already in the evaluation pipeline will be evaluated under the existing rules.

“Projects initiated under the original system will continue on that path,” she said.

This month, that changed again, when a spokesperson for Natural Resources Minister Carr told Bloomberg the government was about to unveil new, “transitional” review hurdles for Trans Mountain and others.

Which brings us to Wednesday’s announcement.

“We have an immediate situation that requires the immediate attention of the Government of Canada,” Carr said.

“We are hopeful that Canadians will say, ‘Well, it’s better than we’ve had; it’s not perfect, but it’s better than the lack of confidence we have to work with now. And it will be, probably, not quite as good as the permanent solution which will be the beneficiary of this new process.”

But for all the emphasis on talk, engagement and consultation, Wednesday’s announcement blindsided some of the very people whose concerns it was meant to assuage.

It was news to multiple lawyers representing B.C.’s Tsleil-Waututh Nation, which has been in court as recently as last Friday arguing the feds failed in their constitutional duty to consult regarding the Trans Mountain process.

“It certainly doesn’t seem consistent with the rhetoric of consultation and starting a new relationship with First Nations.”

It’s especially awkward because Crown lawyers called for a judicial detente in court last week, allowing them time to settle some of Tsleil-Waututh’s concerns outside the courtroom.

Kung thinks the feds should have put ongoing pipeline projects on hold while it hashes out new environmental assessment rules.

“The process is broken and it needs fixing,” he said.

“I think the Liberals campaigned on doing that, on fixing it. It’s unfortunate they didn’t take that first very logical and pragmatic step of pausing the processes in order to fix it.”

The companies affected were more circumspect.

“While we have concerns about how this delay could impact the Project schedule, we support the principle that public confidence in the review process is crucial,” Kinder Morgan said in an emailed statement.

“We need some time to evaluate what this means for Energy East in-service,” TransCanada spokesperson Mark Cooper said in an email.

“However, at this point our focus remains a 2020 in-service date.”

The opposition Conservatives were unimpressed.

“The message that was set today was a terrible, terrible signal to the world that we are going to have ongoing political interference,” said Tory Environment and Climate Change critic Ed Fast.

“The key question is what kind of climate test projects have to meet in order to be considered to be in the national interest.”

Lawyer Maxime Faille is particularly concerned there was no mention of the seven-fold increase in marine traffic he says would result from Trans Mountain’s twinning — a significant concern to the Tslail-Waututh.

But he’ll believe the rhetoric when he sees it in action.

“Now, obviously, is where the rubber hits the road. We’ll have to see what happens.”

“Don’t forget, what Mr. Trudeau promised during the election campaign wasn’t a little bit of a patchwork on top of the existing system,” Mulcair told reporters Wednesday morning.

“Now what he’s saying is, ‘We’ll take what’s already been done, but we might add a little bit of a patch on top of it.’ … You can’t build solidly on a defective foundation. You have to start over again.”